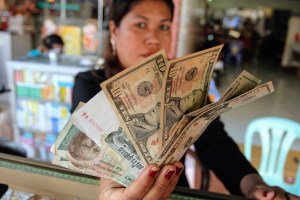 The many unfinished buildings — most owned by Chinese investors — lining the streets of the coastal town of Sihanoukville may be symptomatic of the Cambodian economy entering 2023.

Cambodia’s economic rebound in 2022, with GDP growth of 4.8%, has been slower than many had hoped. For 2023, the Ministry of Economy and Finance has pegged Cambodia’s economic growth at 6.6%, an ambition endorsed by major international financial institutions such as the Asian Development Bank and International Monetary Fund. But the World Bank projects a more conservative 5.2% GDP growth, considering the gloomy outlook for the global economy.

As a small, export-orientated economy, Cambodia faces major challenges as world trade growth slows. A major obstacle to achieving the government’s GDP growth goal may be the tourism sector, which has failed to recover from the collapse caused by the Covid-19 pandemic.

Underlying these woes is China’s economic slowdown, accelerated by its “zero-Covid” policy and strict lockdowns that were only lifted at the end of December 2022. Cambodia’s agricultural exports to China — its largest investor since the early 2010s — consequently stagnated. Chinese outbound tourism also collapsed.

Cambodia’s economic growth ambition hinges upon Chinese tourists returning. Delighted at China’s move to reopen to tourism from early January, Prime Minister Hun Sen expressed his expectation that soaring visitor arrivals from China would encourage current and longer-term growth in Cambodia’s economy. Not only is China Cambodia’s largest source market, but the Chinese also represent the highest spending segment of all international tourists.

While China’s return to the global market is anticipated, Cambodia has made the most of its time as chair of ASEAN. Basking in the international limelight, Hun Sen has hosted a flurry of visiting dignitaries bringing their trade envoys to the Kingdom. Amid ongoing investments and development assistance from China, trade was discussed with a plethora of countries from around the globe.

As two trade pacts have come into force in 2022 — the plurilateral Regional Comprehensive Economic Partnership and the China-Cambodia Free Trade Agreement — an additional bilateral free trade agreement (FTA) has been signed with South Korea. Similar treaties are also being explored with Bangladesh and Japan.

Cambodia Chamber of Commerce vice-president Lim Heng said in an interview with the Phnom Penh Post that Cambodia “does not discriminate” in its investment and “welcome[s] all investors … not just those from China.” This echoes Cambodia’s foreign policy of non-alignment based on economic and political pragmatism.

Cambodia’s economic hedging strategy has to be understood in terms of the long-overdue diversification of its economy and export markets. But this strategy comes with challenges. The removal of high import tariffs implied by FTAs will encourage investments, improve productivity and therefore boost economic growth.

But at the same time, Cambodia is experiencing persistent trade deficits that are expected to worsen under FTAs because of increased imports. Despite the surge in foreign direct investment (FDI), Cambodia is underequipped — in infrastructure, supply chains and legislation — to compete with its ASEAN neighbors in attracting inward investments. The anticipated investments would also target locations and sectors that are already saturated with foreign capital injections.

Tourism remained the leading sector for FDI despite the impact of the pandemic. The majority of inward FDI targets Cambodia’s tourism hotspots — the capital Phnom Penh, Siem Reap as the home of Angkor Wat and the coastal city of Sihanoukville. Sihanoukville is also the site of the Sihanoukville Special Economic Zone (SEZ), which is expected to create 1600 new jobs when it becomes operational at the end of this year.

Equally, GDP is an unreliable measure of the country’s economic performance, obscuring the scope of social inequality, low wages and poverty in rural areas and the informal sector. Despite Cambodia’s success in reducing poverty by about 1% annually over the past three decades, 18% of Cambodians still live below the poverty line.

For many decades, Cambodia’s economy has been foreign-owned and dominated, and despite its unrelenting growth, innovation is not its strength. New technologies and business models are rarely developed within Cambodian-owned businesses.

Even in the burgeoning technology sector, the epitome of innovation, domestic start-ups are facing myriad obstacles that impede such businesses.

Political and business leaders fail to develop and implement policies advancing economic resilience and sustainable development. While “sustainability” is invariably listed among projected outcomes of new schemes, the actual concern is with the sustainability of economic growth.

Heidi Dahles is Adjunct Professor at the School of Social Sciences, University of Tasmania.