The amazing and unstoppable collapsing yen 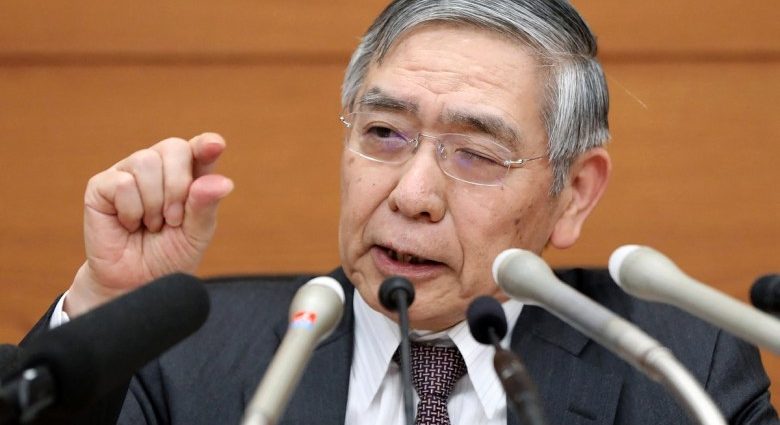 TOKYO – There’s something surreal about the debate at Bank of Japan (BOJ) headquarters over whether to jump into markets to support the yen.

Japan’s central bank faces the most intense pressure in more than two decades to intervene in currency trading, but unlike previous pressure campaigns, the BOJ isn’t being prodded to weaken the yen but rather to rescue it from 24-year lows.

Governor Haruhiko Kuroda’s reluctance to act is also based on unique considerations. It’s not that he worries about sending the wrong message to traders or rewarding bad behavior. Rather, Kuroda frets steps to stabilize the yen won’t work, potentially triggering even bigger waves of selling.

In a sense, Nouriel Roubini’s worries about the yen seem to be coming true.

The New York University economist made his name by predicting the 2008 Lehman Brothers crisis and its many knock-on effects. He is also renowned for slamming cryptocurrencies like Bitcoin as the “biggest bubble in human history.”

Now, Roubini is warning that the yen going “well above 140” to the dollar will force the BOJ to “change policy” on efforts to keep bond yields near zero in ways that will shake world markets. With the yen now around 143, traders are bracing for that pivot.

This could go worse, however, than most investors realize. “If you have forex intervention without the change in monetary policy by BOJ, the intervention is not going to be enough to stem the fall in the yen,” Roubini says. In fact, it might accelerate the move to 150 or beyond and force China into the depreciatory fray.

The 150 level has great psychological importance. Count former Goldman Sachs economist Jim O’Neill among those worried it could trigger another 1997-like Asian financial crisis.

If the yen keeps nosediving, he warns, Beijing “will see this as an unfair competitive advantage so the parallels to the Asian financial crisis are perfectly obvious. China would not want this devaluing of currencies to threaten their economy.”

With China’s economy growing at its slowest pace in 30 years and President Xi Jinping’s “zero-Covid” lockdowns accelerating that downward spiral, Beijing may be keen to gain any competitive advantage it can through devaluation (the yuan is already down 10% this year).

That would put pressure on governments from South Korea to Indonesia and from the Philippines to India to join the race to the bottom. And just a few months before the US Treasury Department publishes its dreaded “currency manipulators” list.

Herein lies Kuroda’s Catch-22. If the BOJ recalibrates its ultralow rate regime, global markets might quake over a top central bank surprising investors. If it doesn’t, yen intervention might flop and welcome even more aggressive selling.

The “inflation outlook, Japanese government bond liquidity concerns and the fact that now further yen weakness would be more of a problem than a benefit supports our view that the BOJ will look to widen its yield-curve control band some time in the third quarter, with its September meeting our pick.”

As Reuters reports, BOJ officials view a widening of the range for yields as tantamount to an interest rate rise, which might further limit their options until the economy shows signs of improvement.

At the same time, the 2% inflation the BOJ has worked to generate for 20 years now represents improved demand dynamics, not Russian-Ukraine-driven shocks.

One reason Kuroda’s BOJ is reluctant to shift toward less monetary support is bad memories of the mid-2000s.

By 2008, Fukui’s successor returned Japan to zero and QE. In 2013, Kuroda was hired to supersize the BOJ’s efforts to revive growth and defeat deflation once and for all.

Now, the Kuroda-led BOJ is in many ways trapped. Since the mid-to-late-2000s, Japan Inc has become even more addicted to free money.

“The present danger,” says former International Monetary Fund chief economist Maurice Obstfeld, “is not so much that current and planned moves will fail eventually to quell inflation. It is that they collectively go too far and drive the world economy into an unnecessarily harsh contraction.”

Any BOJ effort to wean the economy off the monetary sauce goes bad very quickly. This is why as the US Federal Reserve tightens aggressively and central banks everywhere in response taper or hike rates, the BOJ is essentially trapped.

This dynamic partly explains why currency speculators don’t fear the BOJ as they once did. Yet, strains are emerging.

In June, for example, the BOJ’s bond-buying program saw its biggest-ever monthly bill. It had to deploy more than 16 trillion yen ($112 billion) to keep 10-year bond yields from breaching the 0.25% ceiling for borrowing costs.

Since the start of the year, the relationship of 10-year yen swap rates commonly used by international funds diverged from domestic yields — a clear sign pressure is building. Swaps are currently trading near 0.40%.

Local Japanese media report that the BOJ is conducting “rate check” operations, which are normally a precursor to formal intervention. The checks suggest the BOJ sees the 145 level as a line in the sand.

“This should stabilize the currency, at least temporarily,” says economist Robert Carnell at ING Bank. “The rate-checking and intensified verbal intervention by the authorities will likely have a greater impact on market expectations about the possibility of intervention.”

Carnell adds that “we still think that the probability of actual intervention is low.” The reason: just as economist Roubini observes, unless the BOJ alters monetary policy, it’s doubtful that intervention will work.

Of the BOJ’s focus on protecting the 145 level, analyst Craig Erlam at OANDA says “now it’s just a case of whether markets will respect it. That’s not always the case and we could see its resolve tested after 24 years without such action.”

It’s significant, though, that “Japan’s Ministry of Finance has started to express greater concern about the recent pace of yen depreciation since such rapid yen weakness can’t be justified by fundamentals,” says economist Takeshi Yamaguchi at Morgan Stanley MUFG.

In the interim, the costs of a weak yen continue to balloon with inflation heading toward 2% and a fast-widening trade gap that nearly hit $20 billion in August.

The extent of the red ink is much greater than expected thanks to a 50% surge in imports by value over the last 12 months amid higher market prices for coal, crude oil and liquefied natural gas.

In recent days, Finance Minister Shunichi Suzuki stressed traders should expect no advance warning that authorities have decided to jolt the yen. “If we were to step in, we will do so swiftly without any interruption,” Suzuki told reporters.

Yet some market participants note that Japanese Prime Minister Fumio Kishida may have a staff credibility problem. “Who in global markets even knows who Suzuki is, or what he’s capable of?” asks one strategist at a top European investment bank. “Intervention might have greater impact if Japan had ministers with some international gravitas. None of Kishida’s people have it.”

And while Kuroda is a respected presence at the BOJ, he is often regarded as a spent force who’s out of ammunition after nearly 10 years on the job.

This who’s-in-charge question is a concern for Asia, given how badly episodes of extreme yen weakness tend to go for the region. In the late 1990s, early 2010s and today, a sliding yen often proves to be even more disruptive than big gyrations in the dollar.

After 23 years of zero interest rates, Japan has assumed the role of top creditor nation. Year after year, more and more investors from all corners turn to the yen to fund higher-yielding bets around the globe.

Trouble is, shockwaves from sudden yen U-turns force investors to exit trades everywhere. The risk, of course, is that the MOF and BOJ decide to commandeer the currency market and fall flat.

“From about January 1999 through April 2000,” Dubrovsky says, “the central bank intervened to sell the yen at least 18 times — with some help from the Fed and European Central Bank once — to help stop its appreciation. The currency still gained. Granted, that was an example of when the yen was too strong, but a central bank needs credibility to be effective.”

As such, as strategist Kamakshya Trivedi at Goldman Sachs says, “we remain comfortable with our bearish yen view even after the latest move. But we think that the debate around the risks of intervention and a possible monetary policy shift will become increasingly in focus as we hit higher levels” of the dollar versus the yen.

2022-09-16
Previous Post: Higher rate of workplace deaths in first half of 2022, drop in number of injuries
Next Post: Queen’s lying-in-state: China blocked from Westminster Hall