US ‘suggests’ EU impose a chip export ban on China 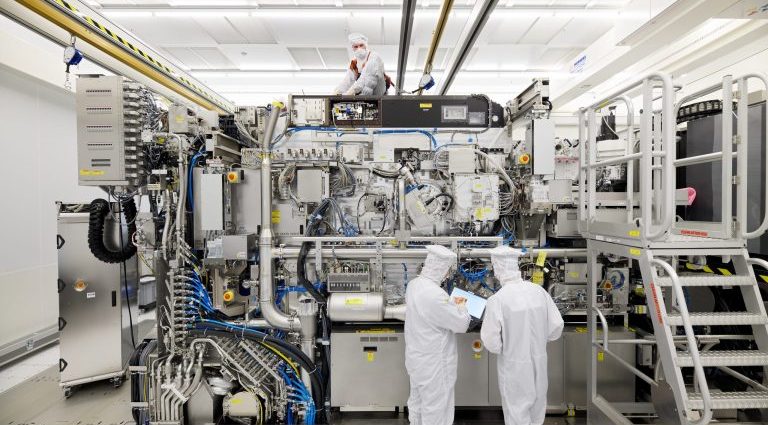 The United States reportedly is calling on the European Union to impose a semiconductor export ban on China – but Chinese officials and media doubt the Americans, simply by asking, can persuade the Europeans to give up a highly lucrative export market.

Bloomberg reports that the Biden administration is urging the EU to share information and coordinate enforcement to reinforce the United States’s bilateral restrictions on exports to China, similar to what the US and EU did to Moscow earlier this year.

That report comes after Alan Estevez, US Commerce Department undersecretary for industry and security, said on Thursday that the US would soon sign an agreement with its allies to bring them on board with new rules curbing China’s access to sophisticated chipmaking tools.

Since early 2020, the US has stopped the Netherlands from exporting to China its extreme ultraviolet (EUV) lithography equipment used in making high-end chips smaller than 22 nanometers.

Escalating from that move, in July this year the US put pressure on ASML Holding NV to stop selling its DUV immersion lithography tools to China. If that succeeds, China will not be able to produce most of the commonly-used semiconductors.

On October 7, the US Commerce Department’s Bureau of Industry and Security (BIS) unveiled a set of new curbs that forbid sales by US companies of high-end chips and chip-making equipment to China.

But so far, while the US ban covers the highly advanced EUV lithography tools, Washington has not officially announced expanding the ban to cover DUV. Persuasion is the favored term. The discussion, in which the US is urging ASML to ban DUV export to China, continues.

ASML, looking on the bright side from its business standpoint, figures that so far it has dodged a bullet. “We are continuing to assess and follow the new US export control regulations,” the company said in a statement during its third-quarter result announcement on October 19. “Based on our initial assessment, the new restrictions do not amend the rules governing lithography equipment shipped by ASML out of the Netherlands.”

The company said the direct impact of the new US export ban on its overall 2023 shipment plan will be limited.

Estevez of the US Commerce Department told reporters last Thursday his team was pursuing support from allies to impose a chip export ban on China and at the same time considering restrictions on other types of technology, such as quantum computing, biotechnology and artificial intelligence.

He said a deal covering chips and chip-making tools would be signed between the US and its allies in the near term. However, he did not further elaborate on the legal grounds on which such a deal could be based.

The Bloomberg report said the US has suggested that its European allies impose export controls on China like those the Europeans have imposed to punish Russia for its invasion of Ukraine. For sourcing it cited unnamed people familiar with the situation.

Bloomberg said the EU was not inclined to cut back exports so broadly. However, one of the news agency’s sources said there might be room to look at goods that could be used by Beijing to bolster its military capability.

According to the report, US Trade Representative Katherine Tai was to have an informal meeting with EU trade ministers in Prague on Monday. Senior EU and US officials will also have the third meeting of the Trade and Technology Council on December 5.

The Global Times, a flagship newspaper of the Chinese Communist Party, on Monday published an article with the title “Why the Dutch lithography giant has the guts to say no to Washington.”

Shen Bo, head of ASML China, was quoted as saying in the report that China has bought more than 1,000 lithography tools from ASML since 1988. Shen said ASML is firmly committed to the Chinese markets.

Gu Wenjun, chief analyst with the Shanghai-based consultancy ICWise, said the scope of the United States’s sanctions has expanded from targeting only Chinese chipmakers to limiting international chip or equipment suppliers’ operations in mainland China.

Gu said some global firms want to increase their investments in China but they are waiting to see China’s counter-measures against the US sanctions. He said China should encourage semiconductor companies from the Netherlands, Japan and South Korea to enter its chip markets, given that some European companies have started negotiating with the US over the matter.

The Chinese commerce ministry’s Bai told Chinese media on October 28 that the EU would probably not echo the United States’s call to impose a chip export ban on China, given that the country is now the world’s biggest semiconductor market and has an important role in the global chip supply chain.

Bai said the US, as well as the global economy, would be hurt if Chinese chip makers were removed from the global supply chain.

Read: Will US target China’s auto chip supply next?