US pressing Japan to follow its China chip ban 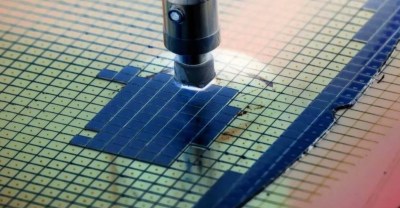 China has warned Japan of undisclosed consequences if it follows the United States in imposing chip export bans against it, urging Tokyo instead to reject what it sees as Washington’s “bullying behavior.”

China’s foreign ministry issued the comments after an unnamed Japanese government insider was quoted by Nikkei as saying that Tokyo had received a request from Washington to join in banning chip products and chip-related technology exports to China.

The anonymous government insider said Japanese officials had commenced internal discussions on the issue and would watch how other US allies including the European Union and South Korea respond to the request.

The US has reportedly “suggested” the EU follow its chip bans while South Korean chip producers were recently given a one-year waiver on certain aspects of Washington’s ban on selling to China.

Meanwhile, Bloomberg reported that senior US officials were headed to the Netherlands this month to hold talks on restricting China’s access to ASML’s advanced chip-making equipment and technologies.

On October 7, the US Commerce Department’s Bureau of Industry and Security (BIS) said mainland China-based chip fabs that produce logic chips of 16 nanometers or below, DRAM memory chips of 18nm half-pitch or less, or NAND chips with 128 layers or more would have to apply for licenses to purchase items from the US.

US citizens have also been banned from supporting the development or production of integrated circuits at certain chip fabs in China without a license as of October 12.

Media reports said Chinese chip makers have started buying high-end chips and hiring engineers from Japan, South Korea and Taiwan to mitigate the negative impacy of the US bans.

Some Chinese semiconductor firms have recently sought meetings with officials at the US embassy in Beijing, reportedly to clear their names from the BIS’s sanctions list. At the same time, Washington is pressing allies to jointly impose a chip export ban on China in what would be a sharp escalation of the tech war if Japan, Korea and the EU fall in line.

“The US has coerced its allies to join in suppressing China’s economic development,” said Zhao Lijian, a Chinese foreign ministry spokesman. “This can only cause huge damage to the stability of global industrial and supply chains, seriously violate free trade rules and gravely undermine the economic development of countries and the well-being of their people.”

Zhao said China would continue to work with the international community to oppose the US’s “economic coercion” and “bullying practices” to jointly keep the world economic system, rules and foundation stable.

He said countries approached by the US should make the “right decisions” independently on the basis of their own long-term interests and the fundamental interests of the international community.

Japan has a 15% market share in the global chip industry while the US holds 12%. Taiwan and South Korea each have about 20%, according to some industry estimates.

Yasutoshi Nishimura, Japan’s economy, trade and industry minister, said his government was now holding hearings with domestic semiconductor companies on the US chip export ban on China, according to Nikkei.

Japan is the second country after the Netherlands to be requested by the US to follow its curbs including on deep ultraviolet (DUV) lithography chip-making equipment, some analysts said.

The Veldhoven-based company was stopped by the US from exporting its extreme ultraviolet (EUV) tools to China. Media reports said in July that the US pressured ASML to also stop selling its DUV tools to China. If the US succeeds in extending its curbs to allied nations, China will not be able to produce most commonly-used semiconductors.

In August, Nikon announced that it planned to triple its sales of lithography tools by the year ending on March 31, 2026, from the average annual sales it earned in 2020-2022. At the time, before the US announced its latest chip ban, the Japanese company told the media that it would have a stronger focus on China’s markets.

In April, Canon said it would start shipping its newly-developed 3D lithography tools, which can make wafers with multiple layers, in the first half of next year. Currently, semiconductor makers use stacking technologies to pile up wafers to increase the storage of a memory chip.

Bai Yiwen, director of the Association for Japanese Economic Studies at the Chinese Academy of Social Sciences, wrote in an article on Thursday that while ASML was facing pressure from the US to stop exporting DUV tools to China, Japanese lithography giants specializing in low and mid-level chip-making tools would welcome the new business opportunities.

Bai said Nikon’s advanced packaging lithography tools, which are used to stack wafers to make memory chips, could help break ASML’s current monopoly on high-end chip-making equipment. That, however, likely explains why the US is now pressuring Japan to adhere to its export bans on China.

Asia Times could not reach Canon, Nikon or other top Japanese chip and chip equipment makers for comment on how they would likely respond to the new US request to stop selling their products to China.

China imported US$440 million worth of chips in 2021, up 25.6% from the previous year, according to China’s General Administration of Customs. By volume, the number of chips imported by China rose 16.9% to 635.5 billion units over the same period.

About one-third of the imported chips were produced in Taiwan while the rest were made in South Korea, Japan, the United States, Malaysia, the Philippines and Vietnam, according to the customs data.

However, China’s imports of semiconductors fell 12.4% to 47.6 billion units in September from a year ago. In the first three quarters of this year, the figure dropped 12.8% to 417.1 billion units.

Analysts said many Chinese electronic makers built high chip inventories last year amid rising Sino-US tensions. They will likely find it more difficult to rebuild those inventories in the months and years ahead.

Read: Chinese chip makers seek way out of US curbs