X-Plane is the fearsome future of stealth fighters 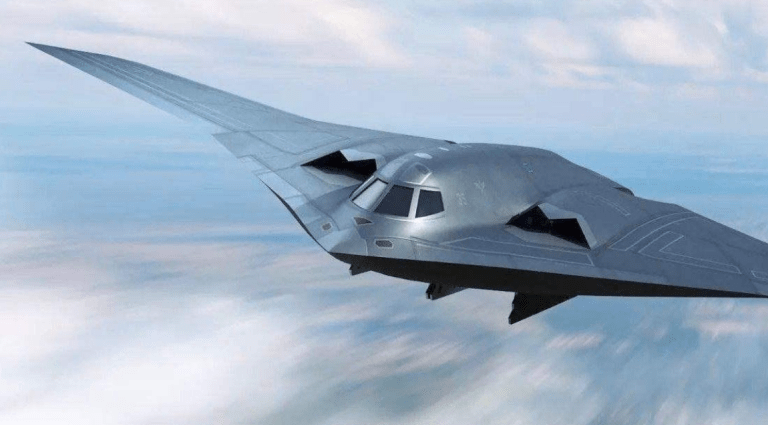 The US is moving to develop unmanned aircraft with no moving control surfaces, a technological advance that promises to improve significantly the performance of both stealth aircraft and drones.

The Warzone reported that the US Defense Advanced Research Projects Agency (DARPA) and Aurora Flight Sciences have moved on to the next stage of the Control of Revolutionary Aircraft with Novel Effector (CRANE) X-Plane program.

The report notes that the project features a technology known as Active Flow Control (AFC), which maneuvers the unmanned aircraft using bursts of high-pressure air from actuators embedded in the aircraft’s body instead of traditional ailerons and rudders.

The Warzone report cites a January DARPA press release that states that it has selected Aurora Flight Sciences for Phase 2 of the CRANE program. The press release says that this follows Phase 1 of the project, which resulted in an innovative unmanned testbed aircraft using AFC to generate control forces during wind tunnel testing.

The press release said Phase 2 “will focus on detailed design and development of flight software and controls, culminating in a critical design review of an X-plane demonstrator that can fly without traditional moving flight controls on the exterior of the wings and tail.”

The press release also states that the project includes a Phase 3 option wherein DARPA intends to fly a 3,175-kilogram prototype aircraft that addresses the problems of incorporating AFC into a full-scale aircraft and reliance on the technology for controlled flight.

The Defense Post notes in an article this week that the prototype’s interchangeable wings and effectors allow it to be tested for designs from Aurora and other aerospace firms. It also says that a flight demonstration is expected in 2025, with a demonstration low subsonic flight speed of Mach 0.7.

The CRANE program is in line with the evolution of stealth aircraft. As noted by a 2002 Frontiers of Engineering Report, as combat aircraft evolve, they must maintain and improve current performance levels and become more affordable and stealthier.

The report notes that such improvements will require innovations in inlets and exhausts, which must be shorter, more compact, simpler and lighter to conform to flying wing designs of future stealth aircraft.

However, the same report notes that many of the necessary design characteristics for future stealth aircraft were impossible with the aerodynamic technology at that time two decades ago.

Moreover, the article notes that AFC is more desirable than passive measures such as traditional hinged flight control surfaces as they can be turned on and off as required – although the technology entails higher costs.

It notes that actuators, characterized as lightweight, low profile, energy efficient, durable, easy to use, scalable, and rapidly responsive, are at the heart of AFC technology. But given their importance, it also says that these parts could also represent the weak link in the technology.

Furthermore, as noted by David Cenciotti in a January article for The Aviationist, AFC technology is considered the way ahead for designing future stealth combat aircraft.

Given that, Cenciotti mentions that future stealth aircraft, such as the 6th generation US Next Generation Air Dominance (NGAD), will probably feature a combination of AFC and thrust vectoring to increase maneuverability.

However, China may already have a leg up on the US. In August 2022, South China Morning Post (SCMP) reported that China had developed plasma AFC technology that China could integrate into its upcoming H-20 stealth bomber to increase its aerodynamic performance.

The report notes that the technology works by having a thin membrane on the front of a flying wing aircraft, which can detect when the speed of air flowing on top of the aircraft decreases to the point of inducing a stall.

Once it detects a potential stall, the membrane ionizes air molecules with high-voltage electricity, generating a shower of plasma that can accelerate airflow, increasing the lift coefficient of the aircraft by a third and preventing a stall even if the aircraft drops to unusually low speeds of up to 108 kilometers per hour.

As with many emerging military technologies, information is scant on AFC-related developments. Judging by NGAD and H-20 development timelines, it is plausible that AFC technology will reach maturity in the 2030s.

In a September 2022 article in Defense News, Stephen Losey notes that NGAD is still in the design process and has not entered the engineering, manufacturing and development (EMD) stage, with the operational version of the aircraft not being ready until at least 2030.

Likewise, Brent Eastwood notes in a July 2022 article in 1945 that China’s H-20 is not likely to be ready until 2030. Eastwood mentions that the H-20 may be a copy of the US B-21 Raider, which was unveiled last December.

Given that, he says the H-20 may be on a slightly delayed timeline as the B-21, as China embarks on efforts to copy or steal US military technology to match it step-by-step.