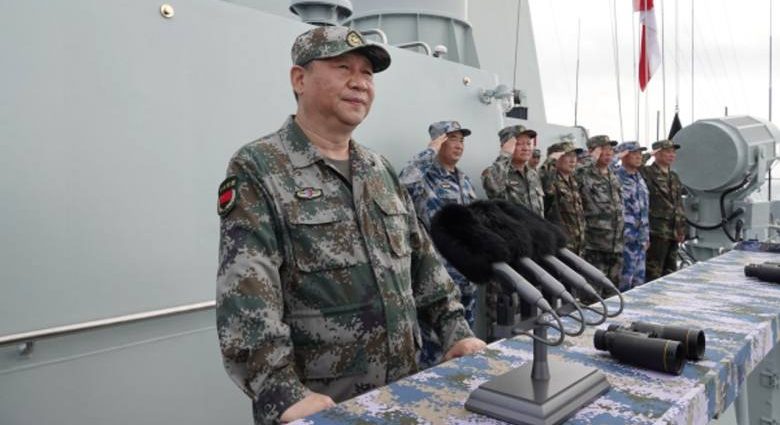 Today the possibility of consolidating an inclusive regional architecture for comprehensive security in the Asia Pacific has become almost inconceivable. This is because ongoing China-US tension appears to have excluded that option.

The United States has been busy consolidating its old military alliances and putting together new ones in the region in order to compete with and contain China. China has reacted by enhancing its ties with Russia even after the outbreak of the Russia-Ukraine war and telling its neighbors to stay away from China-US conflicts.

As a result, instead of an inclusive, regionwide security architecture, the Asia Pacific region has ended up with a set of security arrangements that is increasingly fragmented, confrontational and crisis-prone.

Two sets of factors are competing in shaping this development. The first includes domestic political maneuvers, excessive fears and identity compulsion. They are exacerbating tension between China and the United States, making the deficit of regionwide security cooperation greater.

The second includes national interests, stakes in the regional order and the prohibitive cost of an all-out confrontation between China and America. They call for pragmatic management of relations between the two countries and cooperation where shared interests and stakes overlap. Which of these two sets of forces will prevail remains to be seen.

The United States does not trust any security arrangement over which it has no absolute control, especially one that is believed to potentially weaken or displace its current military alliances in the region.

In part because of this, successive efforts since the end of the Cold War to push for a regionwide security architecture, such as the ASEAN Regional Forum (ARF), the East Asian Summit (EAS) and the Asia Pacific Community idea, have not yet been successful.

Until recently, though China has been uncomfortable with the US-led military alliances, it has not challenged them — as long as they did not target China. China has even acknowledged certain useful roles these alliances have played.

For its part, the United States and its allies have also made efforts to alleviate China’s concerns, such as by declaring that China is not the target of the alliances and inviting China to participate in the annual Rim of the Pacific Exercise. But in more recent years, the situation has changed drastically.

As a stakeholder of the existing international order, China has every reason to defend that order. As China’s economic size and capabilities have grown, increasingly China can only protect its interests through helping maintain this order — such as via providing public goods — as opposed to taking a “free ride.”

China has tried to play a positive role in regional security mechanisms such as the ARF and the EAS. China believes that the region desperately needs a regionwide inclusive security mechanism. Despite what are seen as US efforts to contain China, China has not changed its position on this so far.

It is in the best interest of all countries to make sure that China will adhere to this position. But no one should take this for granted. The reason is simple. China has adhered to this position largely because it is a stakeholder of regional security cooperation.

Ironically, the actions of the United States and some of its allies in the region have the effect of decreasing China’s stake in regional security cooperation. One example is the endorsement of Taiwan’s independence activities.

Taiwan has remained the most sensitive issue in Chinese politics because it was returned to China at the end of World War II and has never left China in a sovereign sense. China regards Taiwan as its core interest. If the international order cannot help protect China’s sovereignty over Taiwan, most Chinese would not find any reason for China to care about that order.

This does not mean that what China says and does do not matter. It does. China must try to explain its positions and reassure others about its strategic intentions. China should also do more to demonstrate what it means in policy terms by its dedication to “building a community of shared futures.” Specifically on regional security cooperation, China can do more to convince other regional players that a stronger China is an asset, not a liability or a threat.