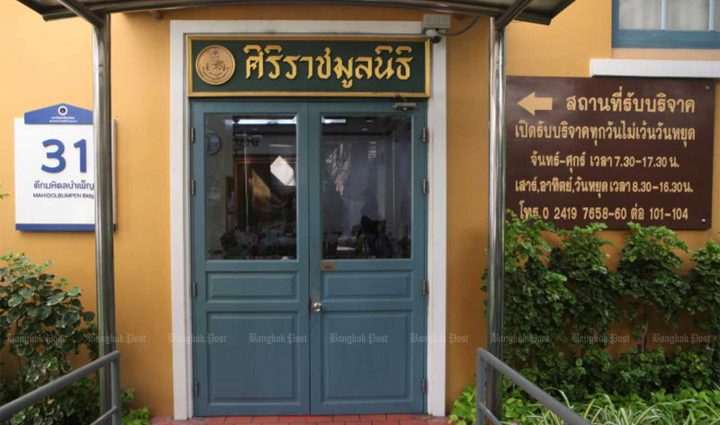 Siriraj Foundation, one of the 13 public health foundations. (File photo)

The cabinet has extended the double tax deduction period for another two years for contributions made to 13 public health foundations via E-donation.

The ministry proposed that a royal decree should extend the personal income tax exception period for companies or juristic partnerships that donated money or assets to 13 public health foundations (an increase from 10 foundations) through the Revenue Department’s electronic donation system (E-donation) for two years, starting from Jan 1 this year until Dec 31 next year, said Ms Rachada.

Individuals or companies or juristic partnerships were exempt from income tax, VAT, specific business tax and stamp duty for income received from the transfer of property or product sales after making donations to the 13 foundations.

Ms Rachada said this tax measure would result in a drop in the government’s tax collection by 370 million baht a year, but the measure was useful as it gave opportunities for people and the private sector to participate in developing the country’s public health system.