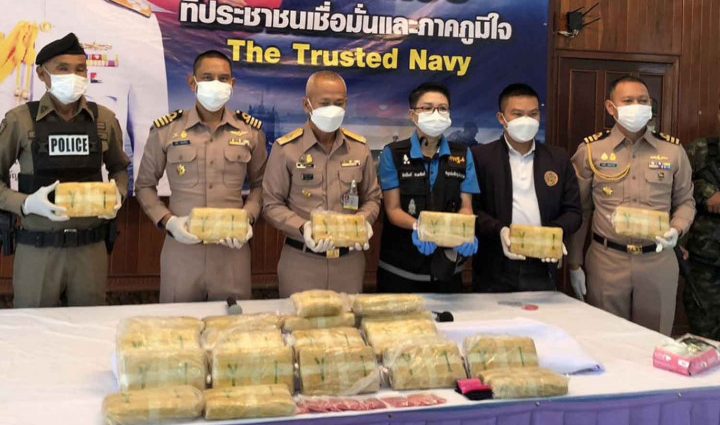 Packages of the 142,000 meth pills seized on Saturday night were put on display at the Mekong Riverine Unit headquarters in Nakhon Phanom on Sunday. (Photo: Pattanapong Sripiachai)

NAKHON PHANOM: A patrol from the navy’s Mekong Riverine Unit (MRU) seized 142,000 methamphetamine pills in two sacks from the bank of the Mekong river in Tha Uthen district late on Saturday night. Nobody was arrested.

Two men were seen carrying two sacks from one of the boats to the shore. When the patrol members approached them for a search, the two men fled on the other boat, leaving one boat at the scene.

In a search, they found in the two sacks 142,000 meth pills. The long-tail boat was seized as evidence.