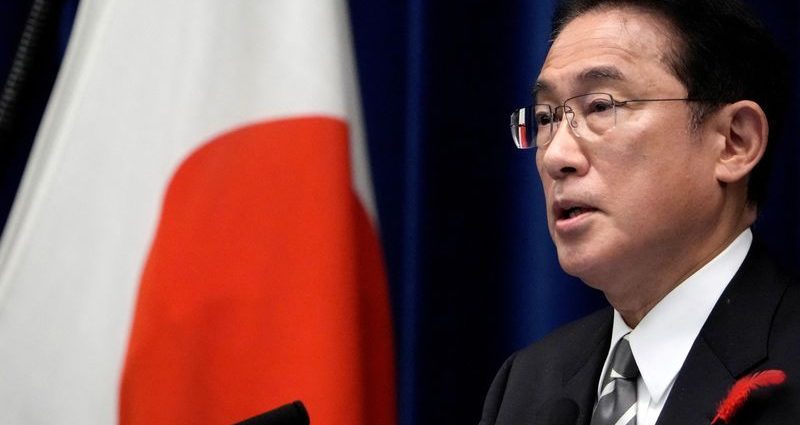 TOKYO (Reuters) -Support for Japanese Prime Minister Fumio Kishida tumbled to its lowest level since he took office, hit by growing anger over a state funeral for slain former leader Shinzo Abe and his ruling party’s ties to a controversial church, an opinion poll showed.

Kishida’s support fell to 32.3% from 44.3% a month before, according to the survey by Jiji news agency conducted at the weekend – approaching what is widely seen as a “danger level” of 30% that signifies a government may run into trouble carrying out its political agenda.

Those who did not support his government climbed to 40%, a rise of 11.5 points, Jiji added.

Links to the Unification Church, founded in South Korea in the 1950s, have become a growing headache for Kishida since July 8, when Abe was killed by a suspect who blamed him for supporting the church, which he said had bankrupted his mother.

Revelations following Abe’s assassination of ties between the ruling party and the church, which has faced criticism over the years, have fed into anger about the cost of the Sept. 27 funeral, paid for solely by state funds, and how Kishida decided to hold it.

Kishida defended his decision in parliament last week, the same day his ruling party announced the results of its investigation into party ties to the church, but the poll found that 62.7% of respondents did not approve of his handling of the church matter, while 51.9% were against the state funeral.

Recovery from such steep falls in support may be difficult, analysts said.

“Even once the funeral’s past, the problem with the Unification Church will continue. He’ll probably face harsh questioning in parliament once it opens in October,” said commentator Atsuo Ito.

“With the economy under stress as well, I’m not sure what will help him regain support.”