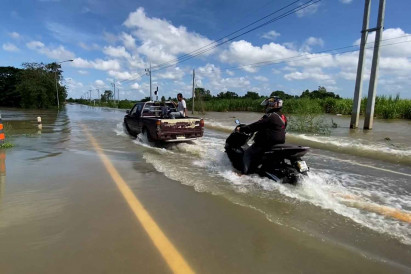 Flooding continued in 19 provinces in the North, the Northeast and the Central Plains and affected about 2,800 villages, the Department of Disaster Prevention and Mitigation reported on Thursday.

The department said runoff from rainfall brought earlier by storm Noru, a monsoon trough, a low-pressure system and the monsoon was still causing flooding, with 2,557 villages in 13 provinces affected.