Democratic Consolidation or Authoritarian Survival: Thailand’s Next General Election in 2023 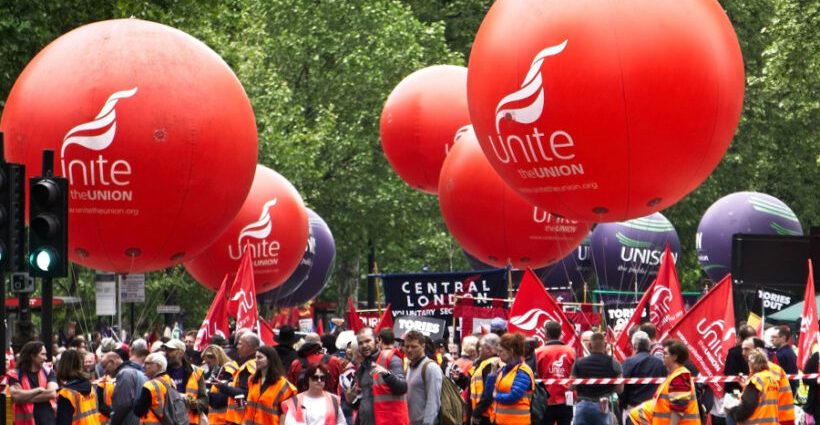 Thailand is at a critical juncture. The upcoming general elections, scheduled for May, will determine whether Thai democracy will continue to be dominated by a military regime or produce a new leader with no attachment to that regime.

At first glance, it seems as though the stage has been set for a dramatic comeback by the Pheu Thai Party. In 2019, its fortunes were curtailed by an intricate electoral design and a court ruling that dissolved its sister party, the Thai Raksa Chart Party. Pheu Thai failed to form a coalition government and approve a prime minister of its own choosing, although the party emerged on top with 136 seats in the House.

With the introduction of new electoral rules which are similar to the ones that once produced successive victories in 2001 and 2005 for Pheu Thai’s predecessor, the Thai Rak Thai Party, the party now stands to win many more seats. With Thaksin’s youngest daughter Paetongtarn Shinawatra as its prospective prime ministerial candidate, Pheu Thai has promised to deliver yet another landslide.

The credible challenge posed by Pheu Thai is as much a product of its proven numerical strength as it is a result of the military regime’s inability to present a united front. Amidst ongoing tension between the regime’s two ringleaders, Prime Minister General Prayut Chan-o-cha and Deputy Prime Minister General Prawit Wongsuwan, Thailand now has not just one but two military-backed parties.

In a highly anticipated event held on 9 January, General Prayut has joined the newly formed United Thai Nation (UTN) Party as a party member, officially parting ways with the Prawit-led Palang Pracharath Party (PPRP), the largest party in the ruling coalition. General Prayut has never been a member of the PPRP.

The UTN can be expected to attract some support from conservative-leaning voters and politicians formerly affiliated with other parties, such as the PPRP and the Democrat Party. However, it remains to be seen whether the UTN can win at least the minimum 25 seats in the House of Representatives necessary to put forth the name of General Prayut in the race for the premiership in Parliament after the general election. With only two years remaining in General Prayut’s tenure as prime minister, the party’s future is in jeopardy.

Meanwhile, General Prawit, who continues to present himself as an indispensable ally to General Prayut, is now free to embark on a separate mission — to use whatever remains of the PPRP as a bargaining chip to safeguard his own political future. His personal ties to the Shinawatras remain an important variable that hints at the possibility of the PPRP joining a Pheu Thai-led coalition government at the expense of General Prayut. General Prawit is also linked to the Shinawatras via Captain Thammanat Prompao, a former agriculture minister who was ousted from the Cabinet after attempting to unseat General Prayut in a no-confidence debate. With General Prayut’s departure, it is anticipated that many former PPRP MPs who moved with Thammanat to the Thai Economic Party will rejoin the PPRP.

A failure to win big could prove detrimental to Pheu Thai’s chance of capturing the highest office on its own, especially considering that Thailand’s 2017 Constitution empowers the Senate to participate in the selection of every prime minister in a joint session involving both Houses until May 2024.

Upon closer inspection, Pheu Thai’s attempt to exploit the military regime’s momentary vulnerability and its bid to return to power on the basis of its difficult-to-deny electoral mandate may be easier said than done. Other parties with some degree of regional or ideological overlap with Pheu Thai, such as the Bhumjaithai Party (BJT) or the Move Forward Party (MFP), may put a dent in Pheu Thai’s landslide bid.

A failure to win big could prove detrimental to Pheu Thai’s chance of capturing the highest office on its own, especially considering that Thailand’s 2017 Constitution empowers the Senate to participate in the selection of every prime minister in a joint session involving both Houses until May 2024.

Most senators in the upper chamber were handpicked by a 10-person selection committee chaired by General Prawit and under the watchful eyes of the National Council for Peace and Order (NCPO) headed by General Prayut. Therefore, it is likely that the Senate’s pick for prime minister will be strongly influenced by the priorities of the military regime, however divided.

As a result, a Thai-style hung parliament cannot be ruled out. Pheu Thai may once again be denied control of government and its choice of prime minister if it is unable to win by a margin large enough to form a coalition capable of overriding the vote of the 250-member Senate. At the same time, even if most senators remain obliged to support a prime ministerial candidate preferred by General Prayut or General Prawit, the pro-military camp may be unable to secure a House majority to pass budget bills or survive a no-confidence debate.

In the absence of extraconstitutional intervention, a deadlocked scenario may lead to new coalitional dynamics that could see military generals returning to power or succeeded by political opportunists who can play both sides.

Deputy Prime Minister and Public Health Minister Anutin Charnvirakul, the leader of the BJT, is uniquely positioned to pick up the baton after General Prayut, whether or not General Prayut is reelected. His party is a political magnet that has attracted more than 40 defecting MPs from political parties across the spectrum. Bhumjaithai has viable choices: it can become the largest party in a pro-military coalition or the second largest party in a Pheu Thai-led coalition. Anutin’s hope of becoming Thailand’s prime minister is not farfetched.

It will ultimately be up to Thai voters — and senators — which of these possibilities will become reality. Regardless of which scenario transpires, democratic consolidation in Thailand will remain a pipe dream unless the next government has the will and the capacity to force the military to return to the barracks, rewrite the Constitution, and place appropriate limits on the powers that be in Thai society.

A version of this article was first published in Fulcrum.