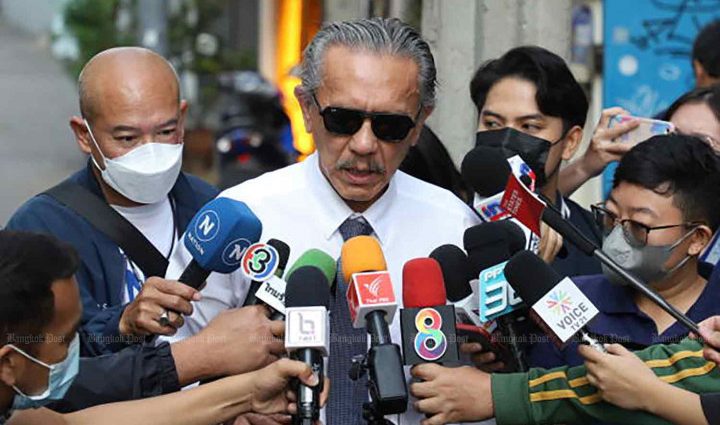 Whistleblower Chuvit Kamolvisit predicts the axe will soon fall on a “grey” business the former massage parlour tycoon alleges has been laundering money for a long established online gambling network.

He said that later this month a “grey” business organisation would be “dealt with” for laundering money for a top online gambling host operating in Thailand.

He said the host was a native of Songkhla province, had tens of billions of baht and had been in the online gambling business for a long time.

The man had bought three hotels in Tachilek, six houses in Poipet, an apartment building worth about 200 million baht and a hotel worth about 9 billion baht in England, according to Mr Chuvit.

He alleged that the man later bought a casino from a senator and that a person with the initial “N”  laundered his money. The two men had met through a retired actor, the former MP wrote.

He also wrote that the Department of Special Investigation (DSI), police and the Office of the Narcotics Control Board had received the green light from authorities to act against the suspect business organisation.

According to Mr Chuvit, a warrant is out for the arrest of the Songkhla native for drugs crime, and the suspect was in London.

There would suppression of the online gambling business and money-laundering process at the national level, he wrote.

That Facebook user wrote that people should wait for the truth as to whether there was any money-laundering, and if he was innocent he would like Mr Chuvit to issue a correction for him.

For the time being, Mr Panthawat wrote, words coming from people were troubling him.

Mr Panthawat is the chief executive officer of the Kong Salak Plus online lottery platform. He flew to England last Friday for a break, saying it was needed after years of work. He denied he fled the country to escape legal action over suspicious money transfers.