Chinese chip makers seek way out of US curbs 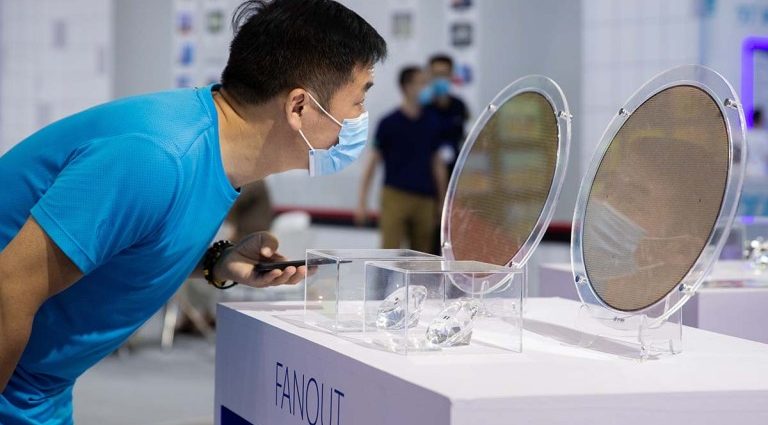 Some Chinese semiconductor makers are reported to have taken the initiative to contact the United States embassy in Beijing after they were put on a trade watch list of the US Commerce Department last month.

These are companies that are required to pass an end-use check within 60 days or they will be added to the entity list of the US Commerce Department’s Bureau of Industry and Security (BIS), the South China Morning Post (SCMP) reported, citing unnamed sources.

A BIS official from the US embassy in Beijing will visit Wuhan to meet some Chinese firms that are now on the bureau’s unverified list, said the report.

As US citizens are now restricted from working for Chinese chip makers, some of these companies had recently offered huge salary packages to lure talent from Taiwan, South Korea, Japan and Singapore, said some columnists in Taiwan and Singapore.

Mainland Chinese commentators said the US curbs will have only a short-term impact on China, as the country has a strong talent pipeline from its technology schools.
They expect that many of the departed Chinese American engineers will eventually give up their American citizenship and return to China.

The bureau said it was unable to verify the bona fides of the Chinese firms because an end-use check could not be completed satisfactorily for reasons outside the control of US authorities. It said the named companies would face restrictions when trying to purchase US products.

The SCMP reported on October 25 that trade officials from the US embassy in Beijing had held talks with executives of Naura Technology Group, a Chinese integrated micro-electronics firm, as the company’s unit was among those on the unverified list.

It has become urgent for the companies on the list to seek contact with the US trade officials as the officials need to complete the check of end-users within 60 days, according to the report. An unnamed executive at Wuhan Juhere Photonic Technologies said the company had contacted the US export control officials in Beijing and tried to remove itself from the unverified list.

A columnist named Yang Lu wrote in an article published by Singapore-based Initium Media that the US chip export control on China has had a huge impact on China’s semiconductor industry as the depth and breadth of the sanctions are unprecedented.

Yang said the US-China competition has become a zero-sum game due to the export ban unveiled on October 7. He said the ban can hurt China’s ability to develop supercomputers capable of being used to direct hypersonic missiles and develop nuclear weapons.

The BIS also banned US citizens from supporting the development or production of integrated circuits at certain chip fabs in China, without licenses, from October 12.

A Taipei-based columnist surnamed Chen wrote in an article on Digitimes.com that the chip export ban unveiled by the US in early October has widened the technology gap between Chinese chip makers and global industry players.

Chen said China’s plan to self-supply 70% of its semiconductors by 2025 and become a hub of global chip foundries by 2030 has basically vanished due to the US curbs. The columnist said China’s SMIC and Hua Hong Semiconductor can now produce only 28-nanometer (nm) chips, instead of the more advanced 14-16 nm chips.

Chen said some Chinese American engineers resigned from their chip firms but kept operating them informally. She added that, due to this round of US sanctions, some Chinese chip firms recently offered huge salary packages to attract and retain foreign engineers.

Most mainland Chinese IT writers admitted that the US curbs are having a big negative impact on China’s chip sector but some of them said the situation remains manageable.

Xiao Fengkan, a Shanxi-based columnist, on October 22 published an article with the title, “It is not a bad thing that American talents are urged to leave China’s chip industry.”

Xiao found it inevitable that some Chinese American engineers and executives will leave China as they have been forced to choose between their careers in the country or their US citizenship. He added that China can replenish its talent pool with its top university students in a matter of years.

A Shenzhen-based writer said people should not be over-worried when some Chinese American engineers leave China. He said many of them will return to China in future as it will be difficult for them to enjoy equivalent job opportunities in the US.

The writer suggested that China should grant Chinese nationality so that such talent will not have to worry about giving up American citizenship.