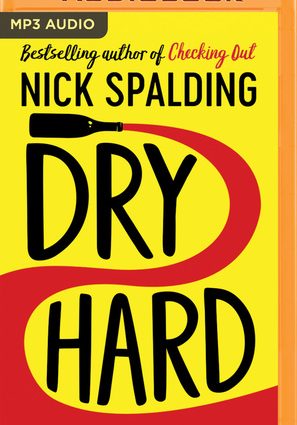 Taopiphop Limjittrakorn was hoping to open his own micro brewery in Bangkok, Thailand in 2017. He purchased the necessary equipment and ingredients and began making beer out of his shophouse.

But soon after he produced his first few batches, Thai police arrested him on charges of brewing craft beer without a licence. At the time, he said, such a licence was almost impossible to obtain due to the legal requirements of the Thai Excise Act.

Though recently loosened, the excise act previously required would-be brewers to hold at least $285,500 (10 million baht) in authorised capital and produce at least 100,000 litres per year. Both are high bars, especially for a brand-new operation.

Taopiphop couldn’t make it, and was eventually fined. But he hasn’t given up the heady pursuit, and says the arrest only motivated him to push for a more open playing field in brewing and distilling – this time as an elected member of the opposition Move Forward Party.  “I decided the only way to fix things was from the inside,” Taopiphop said, arguing that the latest changes to the excise act don’t go far enough.

A recently curbed legislative push from Taopiphop and his party is the latest from insurgent brewers to promote competition in Thailand’s beer industry, which is currently dominated by just two producers. Boon Rawd Brewery and Thai Beverage – the makers of Singha and Chang beers, respectively – alone account for 92% of the country’s beer market.

“That is the importance of the Progressive Liquor Bill,” Taopiphop said of his own proposal, which he described more broadly as a pro-consumer effort. “It goes beyond the bottle, you have to look through the bottom of the glass when you toast to the sun to see the horizon.”

He introduced his bill on 8 June, arguing to amend the excise act to remove certain restrictions placed on the industry, including the required minimums for capital holdings and production in litres. Microbrewers have identified both as key barriers to entry in the current market.

However, in the days before the bill was to come to a vote in the house, the Thai Council of Ministers approved new regulations easing some of the restrictions. Lawmakers rejected Taopiphop’s bill in its third reading on 2 November.

He sees the regulatory changes as a response to public pressure, but argues they have only swapped out old hurdles for new ones.

“They lifted the required capital and capacity that has been the main obstacle in every brewer’s journey, but in its stead comes the requirement for you to register as a factory and conduct an environmental impact assessment,” he said, adding that these can be expensive and take years to complete.

He noted that to be eligible for assessment, one would need to have a capacity of 600,000 litres per month. When suddenly lawmakers were “ashamed of their regulations and they decided to change them,” he pointed out that nothing has really changed for small independent companies.

“Is it any easier for breweries to start their business? Absolutely not.”

Alcohol sales are a conflicted subject for the Thai government, which publicly condemns drinking while reaping considerable revenue from the industry.

Thailand is a traditionally conservative country with Buddhist values and sentiments that run deep within its culture and its government. At least 90% of the Thai population is Buddhist, and one of the five precepts of Buddhism is to abstain from alcohol.

Speaking at a panel discussion on 10 June 2020, Ministry of Health spokesman Taweesilp Visanuyothin echoed the government’s sentiment around drinking and policy making.

“When you consider the causes, factors, and religious morality, there is an element of the drinking culture – not just in Thailand but across Asia – of some people who cannot exercise self control that leads to a great degree of alcoholism,” Taweesilp said. “Therefore, if there are heavy drinkers, there has to be another side to balance them out.”

This view is amplified by many of those in Thailand’s military-backed leadership, seen through laws that supporters claim are protecting citizens from harmful drinking habits.

Under these laws, vendors may legally sell alcohol only at certain hours of the day, micro-brewed craft beers often cost more than twice as much as the leading brands, and the consumption of alcohol is blurred out on Thai television. The state has also outlawed any form of advertising both directly and indirectly for alcoholic products, from social media to billboards, as well as in-person promotions.

Using branded beer taps, or simply letting customers know when a new type of drink is available at the bar, is also illegal.

Every infraction carries significant fines and possible jail time. As a result, most bars and small alcoholic labels cannot advertise and avoid social media posting of all kinds, eliminating one of the few means they have to promote their business. But for larger more established brands like Chang, Singha and Heineken, there are some workarounds.

“Advertising for a brand synonymous with an alcoholic beverage in Thailand is very challenging,” said Mookfee Nantanapramoth, a former advertising executive for Heineken. “We aren’t allowed to show alcoholic beverage bottles in any type of media. This is why we need to use non-alcoholic drinks like 0% alcohol beer, water or soda as our key form of communication.”

Many larger alcohol producers in Thailand have released these non-alcoholic drinks under the same name and logo in order to legally advertise their brands in the country.

On the brewing and distribution side, the situation is equally difficult for small business owners who have long struggled to hit the required minimums under the excise act.

Most supermarket and convenience store chains in Thailand require any producers they work with to be able to supply vast quantities of stock. This means that for microbreweries, the only real option for distribution is through restaurants and bars.

This poses a problem for most small brewers. A fairly successful bar that sells an average of 10 litres of a specific craft beer per day would only use 3,650 litres a year. This would require the brewery to have distribution in at least 27 bars in order to meet the imposed minimum, Taopiphop explained.

Smaller brands use one of two methods to bypass these restrictions.

The first is to simply brew their product abroad. Many ‘Thai’ craft beers are actually brewed in Cambodia and Vietnam. However, this means that these drinks are now considered imported goods and are now subject to a 5-60% import tax, an up to 300% excise tax, and a 7% VAT. This is why these drinks are always far more expensive than locally brewed options.

Taopiphop noted a second solution, saying that some craft beers were able to brew locally by partnering with larger breweries and coming under their establishment to exceed the minimum requirement. However, this service comes at a premium and the customers ultimately need to pay for the additional cost.

The Covid-19 pandemic illustrated how an uneven playing field makes for very different outcomes in Thai brewing, as it did for other aspects of society.

In 2020, as a public health measure, the Thai government closed bars and banned the sale of alcohol in restaurants in an attempt to limit social gatherings.The government also issued an announcement that year on 7 August banning the sale and advertisement of alcoholic beverages and related services via electronic methods.

This meant that many businesses held large stockpiles of alcoholic beverages and no means to sell them. Craft beer only has a shelf life of 3-9 months depending on how it was brewed. As the ban wasn’t lifted until 1 June of this year, many business owners and smaller breweries lost their entire stock.

“There were literally no channels to sell beer! Online is illegal. Having dine-in customers was illegal. We had to rely on food deliveries,” said Taeyoung Ahn, owner of Changwon Express, a bar in Bangkok, and a long-time seller of craft beers.

“Bars are usually not designed to cook a lot of food, so we had to make a change and become a full-on chicken delivery place for a while.”

Changwon Express is one of the lucky bars that was able to survive through the  pandemic. Many other bars across the country without enough means to make a living were left with no other choice than to close their establishments and lay off their workers.

This had far less impact on big brands that still had the ability to sell their products at convenience stores and supermarkets across the country.

Even after his own setbacks in recent months, Taopiphop has no intention of giving up his campaign for a more open market.

“We will continue to push for the Progressive Liquor Bill, as well as equal marriage rights, and many other movements that will introduce a better life [for Thais.] A life with opportunities, a life where [Thais] can call this country a home, a home that loves its people, and a better future for us all.”

2022-12-23
Previous Post: What to expect from the Singapore Motorshow 2023: Latest vehicles, chance to win a car, celebs, stunts and more
Next Post: Middle East needs a more nuanced Taiwan policy