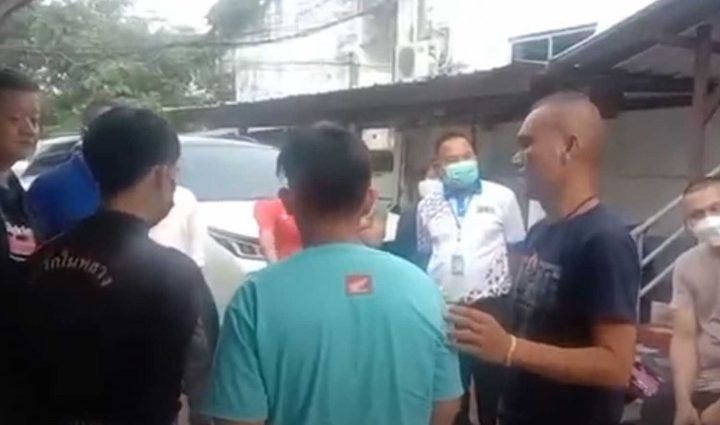 KHON KAEN: Three students have been arrested after three other students were attacked with knives and injured outside a public school in Nam Phong district on Tuesday evening.

Pol Col Pornsak Ngamdee, chief of Nam Phong police, said the wounded students were all in Matthayom Suksa 5 (Grade 11) at the school.

Two of them, Pariwat Sae Khaw and Kraisorn Muannamon, had serious injuries. They were stabbed in the abdomen and the lungs. Narongrit Kaenphrom had a lesser injury, a knife wound to his left chest, Pol Col Pornsak said.

They were attacked by students in Mathayom Suksa 3 (Grade 9) at the same school.

Narongrit told police that he and his two friends left school after classes on Tuesday and encountered a junior student, identified as Chao, with whom he earlier had a quarrel.

Chao, who was accompanied by two other students, glared at him, and he asked him what was going on.

Chao and his two friends then walked up to his group. This led to an argument, which escalated into them being stabbed, Narongrit said. He told police he did not know which of the three junior students had wielded knives. (continues below) 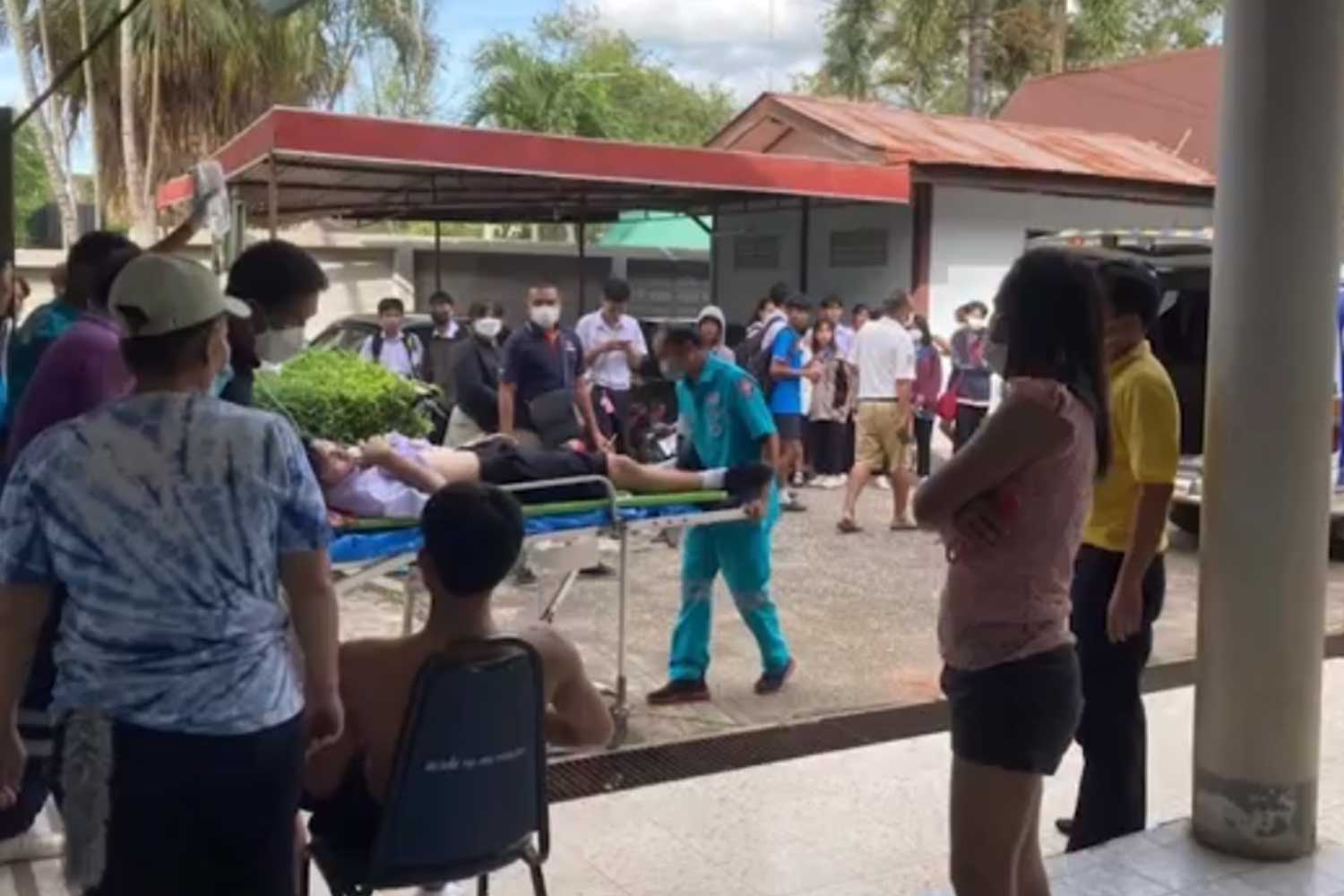 A student in with knife wound is taken to Nam Phong Hospital, after the brawl outside Nampongsuksa School in Khon Kaen on Tuesday evening. (Photo: Chakrapan Natanri)

Police later arrested the three junior students involved in the brawl – Mathayom Suksa 3 students at the same school and identified only as Chao, Phum and Oak. Police also seized from them a knife with a 15cm blade.

Chao told police he and his friends had earlier brawled with the three injured students, who had accused him of inserting a sliver of wood into the key hole of a motorcycle belonging to one of them in a complaint filed with local police earlier this month.

After class on Tuesday, Chao accused the senior students of starting the brawl. One of them punched him in the right eyebrow. He then used a knife to attack them. He and his friends later returned home on a motorcycle.

Pol Col Pornsak said police would notify all six students’ parents about the incident. Because they were all minors, appropriate officials would be present when they were interrogated by police.

To date, no charges had been pressed, the local police chief said. 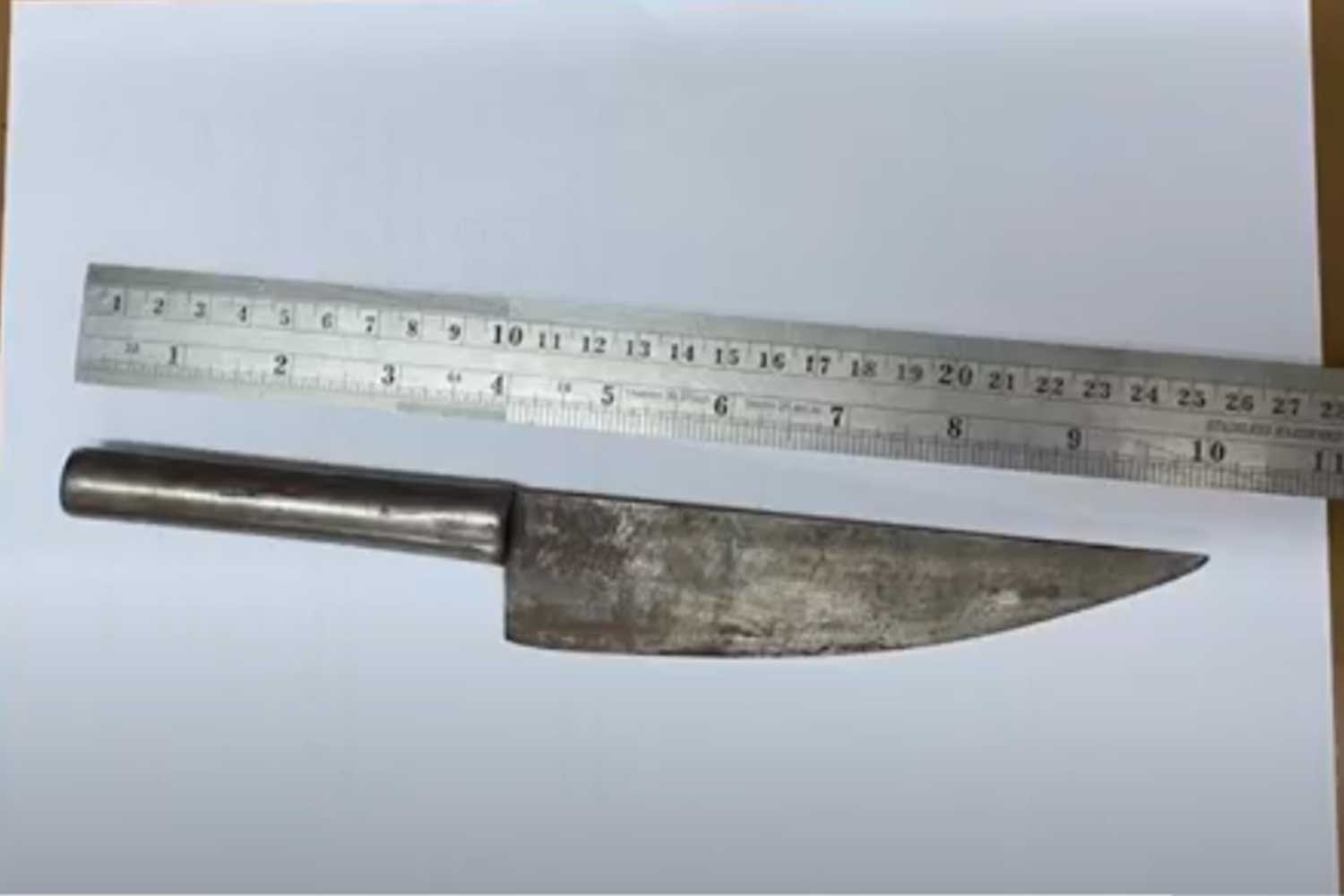 The knife seized from one of the three students arrested after the attack on three other students. (Photo: Chakrapan Natanri)