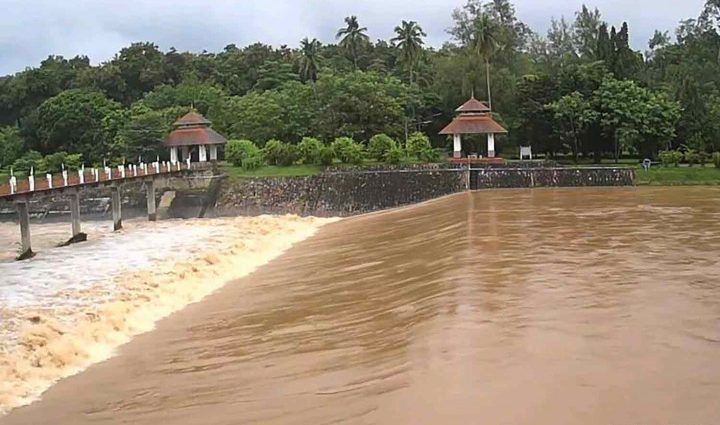 The spillway of Mae Ngad Somboon Chon dam within Chiang Mai’s Mae Taeng district on Wednesday morning, swollen with rainwater but unaffected by the little earthquake in Fang district at one 03am. (Photo: Panumet Tanraksa)

CHIANG MAI: A light earthquake of a few. 6 magnitude was recorded in Fang region of this northern province early on Wednesday. No damage was reported.

Provincial disaster prevention plus mitigation office main Aroon Pinta mentioned said the northern meteorological office documented that the quake occurred at 1 . 03am with the epicentre about 4 kilometres deep in tambon Mae Kha in Fang district.

The tremor has been felt in Fang and Chai Prakan districts. There have been no reports of damage.

Upon Wednesday morning drinking water levels in the Ping river and feeder streams were higher because of the heavy rainfall that has fallen in the area.

In Chiang Mai township, the Ping river at Navarat bridge was a few. 11 metres serious, a little below the 3. 70m dripping point. Residents had been warned to closely monitor the situation, Mr Aroon said.