KANCHANABURI: Thirty-four job seekers from Myanmar were arrested after illegally crossing the border into Muang district in the early hours of Wednesday.

Soldiers, border patrol police and local officials were dispatched to tambon Ban Kao after a report  illegal migrants were hiding there, awaiting transport to jobs in other provinces, an officer of the army’s Lat Ya Task Force said.

They found 19 men and 15 women in a forest near Phu Nam Ron Moo 12 border village, in tambon Ban Kao, in the early hours of Wednesday.  All were Myanmar nationals and without travel documents.

During questioning, they said  they had travelled from Mawlamyine, Yangon, Bago and Rakhine in Myanmar and were heading to promised jobs in Samut Sakhon, Rayong and Bangkok. They had paid15,000-30,000 baht each to job brokers, the fee depending on the distance to their destination.

The were taken for body temperature checks as part of Covid 19-screening. All were normal. They were then handed over to local police for legal action. 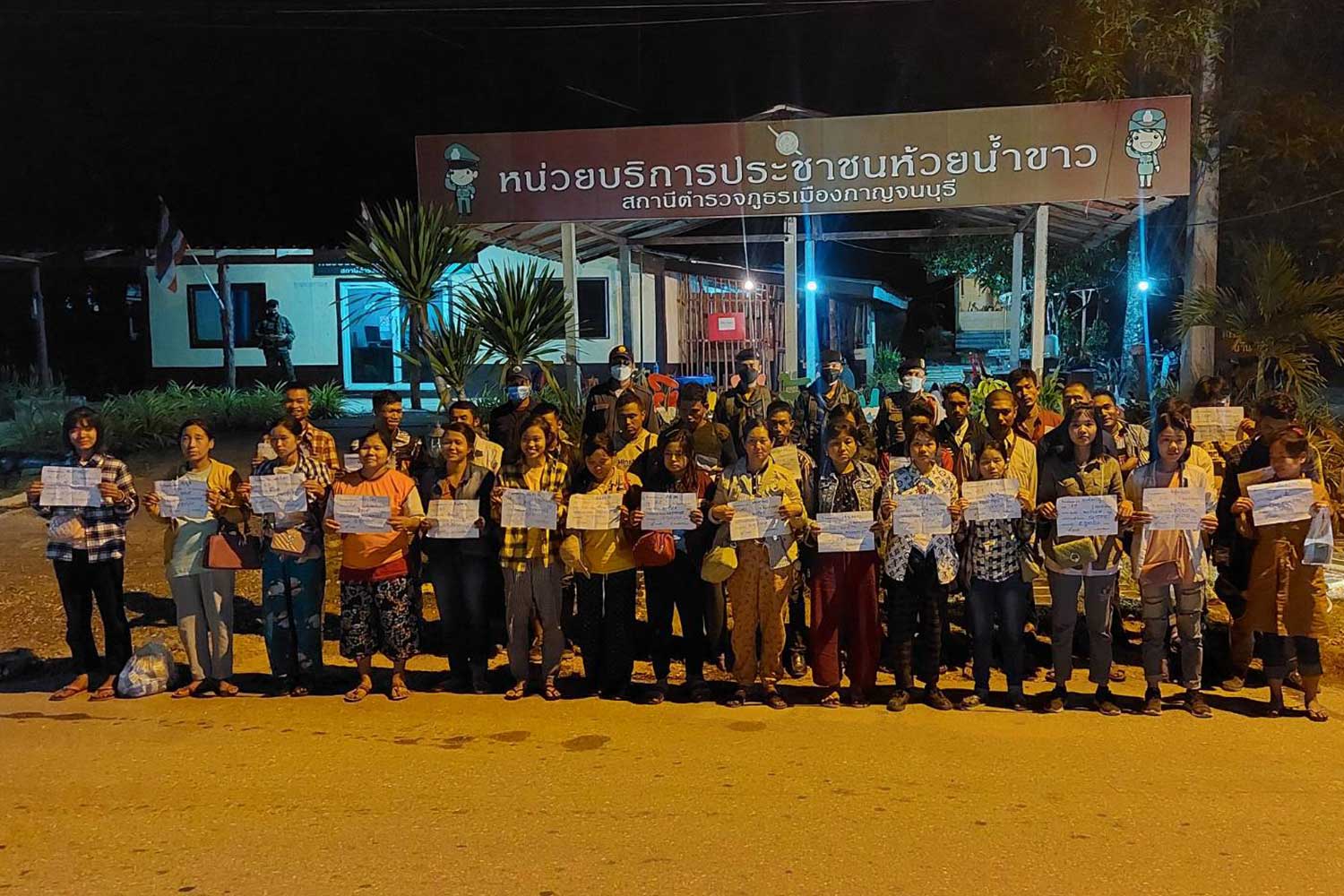 2022-09-21
Previous Post: Stephen Colbert on his ‘gratitude’ for the pain of grief and the worst thing that ever happened to him
Next Post: Aaron Judge hits 60th home run, equals Babe Ruth’s single-season tally, in dramatic Yankees 9-8 win over Pirates