Why Biden thinks he needs a new Cold War 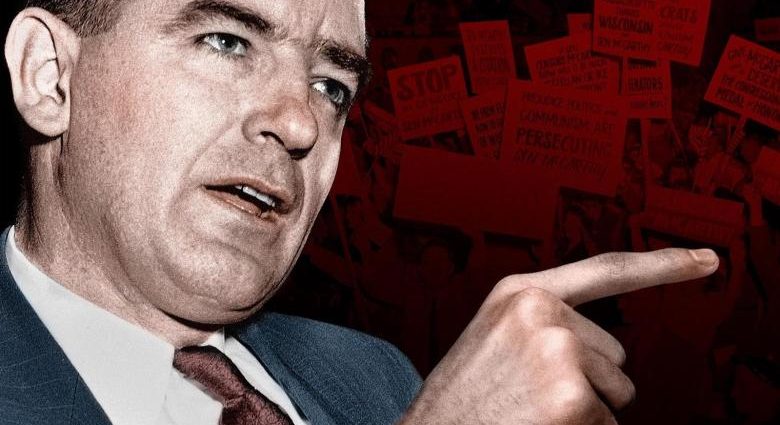 “We do not seek a Cold War,” declared President Joe Biden in front of world leaders gathered at the United Nations on September 21, 2022. He continued that America was not asking “any nation to choose between the United States or any other partner.”

But that’s likely not how everyone views the prospect of a new Cold War. Despite Biden’s protestations, foreign policy observers are increasingly framing the relationship between the US on one side and Russia and China on the other as a “Cold War” in which countries are, in fact, being expected to choose sides. Moreover, in a March 2022 poll more than six in 10 American adults said the chance of a Cold War was higher than it was five years earlier.

To be clear, there is no reason to question Biden’s personal sincerity. But as a historian of the Cold War, I think it is legitimate to ask whether the “no return to Cold War” position is wholly representative of Washington’s foreign policy establishment, given that the Cold War presented advantages and opportunities to the US.

Moreover, I believe that if Americans were really being honest on the issue, some might concede they actually miss the Cold War.

From World War II’s end in 1945 to the Berlin Wall’s collapse in 1989, the Cold War seemingly offered advantages to successive US administrations and the wider American public that have disappeared since.

Perhaps most importantly, the United States could justify interventionist foreign policies during the Cold War era. In faraway places ranging from Greece to the Congo, the US presented itself as a benevolent superpower assisting fledgling democracies against an expansionist communist threat, real or perceived.

Supporting allies, whether in South Korea or South Vietnam, made sense when Moscow, in President Truman’s words, had moved “beyond the use of subversion to conquer independent nations” and was using “armed invasion and war.”

Proxy wars, where the superpowers fought one another through local allies, were far more palatable when one’s enemy could be deemed an ideological global menace.

The Cold War also offered a form of cultural capital to its champions, allowing Americans to embrace a virtuous national identity, contrasting it to the evils of godless communism. In this framing, Americans were the moral defenders of universal democratic principles. Communists, conversely, were the antithesis to such ethical doctrines.

In the popular 1947 comic “Is this Tomorrow,” for instance, children were taught that the communists’ rise to power relied on the tools of “starvation, murder, slavery, [and] force.” There was little ambiguity when painting Moscow’s henchmen in bloody red strokes.

Given such threats, those working within the congressional-military-industrial complex found a straightforward, and popular, rationale for increased defense spending. In one year alone – from 1948 to 1949 – Congress approved a 20% increase in defense appropriations.

The Berlin Crisis, the communist victory in China’s civil war, the successful Soviet nuclear test and NATO’s formation – all of which took place in 1949 – portended a future in which Americans needed a potent military machine to protect their security and their interests.

Of course, the growth of the US military meant power and sway on the global stage, an added benefit of burgeoning defense budgets.

While serving national security purposes, the Cold War also could promote certain interest groups and individuals across the political landscape of the United States.

Not surprisingly, opportunistic politicians could profit from wartime rhetoric by claiming they alone were defending the nation’s security.

Wisconsin Senator Joseph McCarthy proved the most infamous, even pitting his fellow citizens against one another to gain populist approval ratings. In 1950, McCarthy described the world as being in two “hostile armed camps” and exhorted the nation to become “a beacon in the desert of destruction.”

His public notoriety – though perhaps not his downfall – showcased how Cold War fears could be exploited and then translated into political rewards.

And, as McCarthy’s Red Scare suggested, perceived threats of domestic communism also could be used by conservative social critics to force consensus upon a rapidly changing postwar American society.

In just one example, “red baiters” maliciously claimed that the Southern Negro Youth Congress had been infiltrated by communists and that the larger civil rights movement was a front for anarchist Marxists.

Could today’s conservatives similarly find use for the threat of the “other” to promote an Americanism that seeks to promote unity over individual identities, rights and broader immigration? Those arguing for a return to a “Cold War consensus” certainly believe so.

The 1990s, however, hinted that Cold War triumphs came with unintended consequences. Not only was the stability of the international system seemingly shattered in the post-Cold War world, the lack of a unifying enemy appeared to leave US citizens turning on each other.

Americans engaged in raucous culture wars at home, with critics complaining of a stifling “political correctness” that trampled upon their freedom of speech and expression. Meanwhile, the U.S. armed forces were cast adrift abroad seeking a viable grand strategy after their decadeslong commitment to containing communism ended.

Political scientist John J Mearsheimer even argued at the Cold War’s end in 1990 that Europe was “reverting to a state system that created powerful incentives for aggression in the past.”

Not coincidentally, Mearsheimer also recently suggested that the post-Cold War push by NATO into former Soviet countries is to blame for the current war. Perhaps the Cold War indeed had offered a sense of stability as much as it did dread.

For a moment, the post-9/11 global war against terrorism offered promise of a new threat, one existential enough on which to build a new American grand strategy for the 21st century. In his 2002 State of the Union address, President George W Bush declared the United States was facing “an axis of evil, arming to threaten the peace of the world.”

Yet for all its menace, the axis and its “terrorist allies” could not seem to muster enough fear to sustain America’s attention as long as Cold War communists. True, the United States remained in Afghanistan for two long, violent decades, but the threats there seemed more local than existential.

Putin’s Russia today prefigures a possible return to a global Cold War – a new struggle pitting “good” against “evil.” Thus, given President Biden’s contention that he is not seeking one, Americans should reflect deeply on what a 21st-century Cold War might actually look like.

The Cold War in myth and memory may have seemed a more idyllic time when united Americans led in a fairly stable international system. Yet these decades were far more violent, far more contentious both at home and abroad, than Americans might like to concede.

Some in Washington might indeed be happy to return to a new Cold War. But policymakers should think twice before committing the nation to a decades-long conflict that relies more on an imagined past than a critical reading of that history.

2022-10-06
Previous Post: One killed, others injured in 3-vehicle expressway crash
Next Post: Air travellers to and from Malaysia have to fill in customs forms, says Civil Aviation Authority