What Christina Ricci really thinks about her ‘Yellowjackets’ character Misty 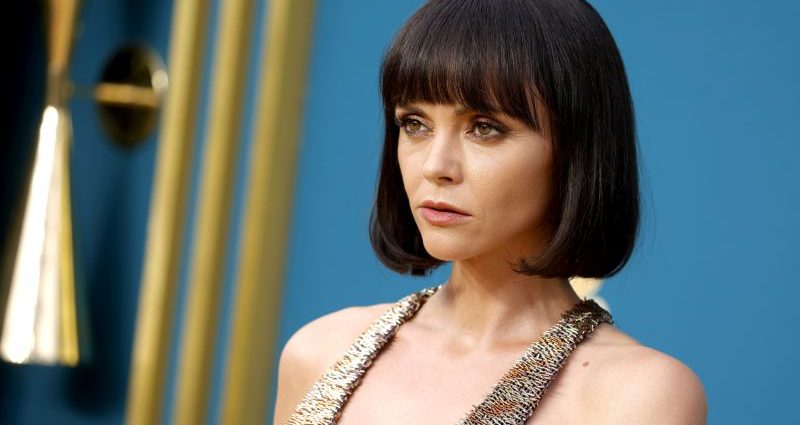 Christina Ricci will be the first to tell you she doesn’t like her terrifying “Yellowjackets” character Misty Quigley.

“I mean, she’s not somebody that I would choose to be friends with,” Ricci tells CNN of her Emmy-nominated role. Still, she does like playing her even if she is untrustworthy.

Ricci, who’s been acting since her film debut at age 9 in “Mermaids” alongside Cher, says she often thinks she knows where the writers will go with Misty on the series, but is often led in an unexpected direction instead.

Her process for playing someone so complicated is to take all the things she does know about Misty, like her “obsessive need to try to connect with people and make friends” or her “30 years of constant rejection” and ask what that turns a person into.

“What is the behavior that manifests from that?” she asks. “Really my process is just sort of taking the facts that I know about a character and extrapolating and just sort of filling out the character, fleshing a character out based on behavior since I think would be born from their experience.”

Currently filming Season 2, Ricci’s own experience on set is different from the one she had during the freshman season, when she was pregnant with her now nine-month-old daughter, Cleo, and hid it on camera with baggy sweaters and overalls.

“It is much easier to perform not pregnant,” she says, laughing. “Even just being able to like curl up, you know? Last year, there was a point when they were like, ‘You reach out and pick this up off the ground,’ and I was like, ‘No, I can’t reach out and pick anything off the ground.’ And then there were steps I had to run up and down, but I was pregnant and I had sciatica.”

Ricci also has an eight-year-old son named Freddie she shares with her ex, James Heerdegen. And she keeps her hands full with three fur babies, dogs she says she loves more than most people.

“I really love animals,” she says. “I don’t consider myself a very friendly person, but I will always talk to dogs and cats”.

In her time off, she’s partnered with Stella & Chewy’s because she loves the company’s raw, natural dog food, especially for her aging best furry friend Karen, named for late singer Karen Carpenter.

“Karen’s been traveling with me since I was 29, and, oh my God, before I had babies, she was my first baby,” she says. “And as she got older, I really wanted to keep her comfortable and living as long as she possibly can. So I looked into what the best nutrition would be for her.”

The campaign, she says, “is all about raw love and showing your love for your animals in all the ways you do, but also through feeding them really well.”

Balancing filming, family and multiple producing projects isn’t easy, but Ricci, who refreshingly admits to having “an amazing nanny,” says, “it’s like any other family with two working parents – you just make it work.”