Vietnam’s ‘mini-China’ days may be numbered 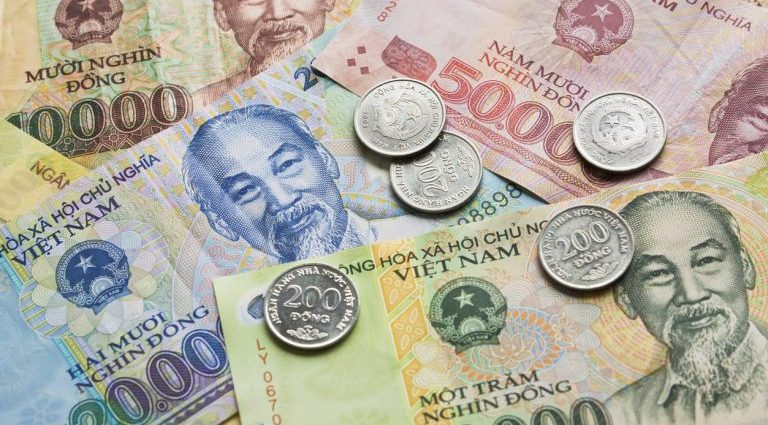 With so many headwinds zooming Vietnam’s way, now seems an incredibly inopportune moment for Hanoi to carry out a major political shakeup.

Government officials claim that the unparalleled purge led by Communist Party chief Nguyen Phu Trong was all part of an anti-corruption effort in the halls of Vietnamese power.

Investors, though, can’t help but wonder if Phuc’s departure is more of an internecine Trong power grab that will delay urgently-needed economic reforms in one of Asia’s hottest economies.

Phuc has been president since April 2021 and was prime minister from 2016 to 2021. Generally speaking, he significantly strengthened Hanoi’s ties with the US and European Union.

The EU-Vietnam Free Trade Agreement signed in 2019 was emblematic of Phuc’s determination to internationalize the economy and an example of why he garnered considerable gravitas in global market circles.

It’s worth noting, too, that Phuc’s ouster follows recent news that numerous technocratic and Western-leaning officials have been shown the door as Trong centralizes power.

As such, notes Zachery Abuza, professor at the National War College in Washington, Phuc’s comeuppance is “good for China and Russia” and a sign that “Trong has effectively won the war against technocrats.”

What about foreign investors who now have reason to worry that domestic security priorities are trumping economic progress?

The upgrades are a prerequisite to Vietnam making progress toward middle-income status and attracting billions of dollars in long-term investments. The reason: political infighting consuming all parts of the government.

The HOSE, as the bourse is known, has the smallest market capitalization among sizable Southeast Asian economies at roughly $180 billion. It was among the globe’s worst performers in 2022, falling more than 30% amid China-like turmoil in the property sector.

And just like Xi Jinping’s China, Vietnam has found that maintaining a communist economic system is easier said than done in an era where global investors favor vibrant private sectors over dominant state sectors.

Here, there’s an argument that Phuc stepping away and Trong consolidating power won’t push Vietnam significantly off the course toward modernization.

As analyst John Marrett at the Economist Intelligence Unit puts it, “Phuc was more business-oriented than many in the top levels of government, but his forced departure should not be seen as a shift away from economic liberalization and openness to foreign investment.”

Marrett allows that “for the general secretary and his allies, the outgoing president represented a form of government-private sector integration that is seen as a risk to political stability and the Communist Party of Vietnam itself.”

As such, he notes, “Phuc will eventually be replaced with a close ally of the general secretary, but this will not result in a major shift in policy. The general secretary and his allies already had strong control over the policy agenda.”

Here, though, one wonders if Malaysia might be a timelier reference point. One size-and-scope factoid worth considering: the market cap of the Ho Chi Minh bourse is less than half that of Malaysia’s. The more important comparison is a fratricidal political system putting power ahead of progress.

Of course, this could be said of retrograde politics in Washington and London to Bangkok, too. Yet few governmental systems in Southeast Asia, or anywhere for that matter, require officials to spend so much time saving their jobs to do their jobs as in Putrajaya.

At the same time, says Nishad Majmudar at Moody’s Investors Service, Malaysia is, like Vietnam, “poised to absorb some of China’s manufacturing capacity” as fallout from Xi’s “zero-Covid” policies and tech crackdown repels global investment.

The question for Vietnam is whether internal power struggles are putting economic upgrades on the back burner.

Economist Can Van Luc at the Bank for Investment and Development of Vietnam worries about the making of “mistakes and of taking responsibility, which would reduce opportunities and increase the operating costs of the economy, requiring the government to be very clever and resourceful in responding to those problems.”

On the bright side, he says, “what makes me feel reassured is that in my meetings with many ministries, departments and localities, I noticed that the authorities have basically recognized these challenges and are determined to overcome them.

“In 2023, there will be many challenges and many tasks to be completed, but at least, the ability to look directly at the nature of bottlenecks and accurately identify obstacles is an important basis for mapping out the right path for socio-economic recovery and development.”

There’s also a half-glass-empty scenario that upends all the bulls expect of Vietnam this year. Economist Trinh Nguyen at investment bank Natixis worries Hanoi’s conservative approach to market regulation is delaying upgrades needed to increase overseas access. More global capital, she adds, is vital to the development of the banking sector and longer-term financial stability.

That’s vital, too, to ending the pendulum that’s plagued the economy for far too long. Case in point: last year’s plunge in the benchmark VN Index.

It’s a reminder of how investor sentiment on Vietnam tends to swing wildly from hyper-bullish to super-panicky. In the first few weeks of 2023, the pendulum is swinging toward shorting the economy. The frequency and ferocity of these boom-bust cycles is standing in the way of raising per capita income, which is currently about US$3,700.

The good news is that China’s Covid reopening rebound should indeed be a boon for Vietnam’s outlook.

The Asian Development Bank downgraded Vietnam’s 2023 prospects to 6.3% from about 7.5% in 2022. Even so, the ADB reckons Vietnam will be Southeast Asia’s fastest-growing economy, followed by the Philippines.

This, however, is contingent upon China getting gross domestic product (GDP) growth back to 5% and the US avoiding a recession.

It’s even more important, though, for Vietnam not just to grow faster but better. This includes reducing the severity of bullish-to-bearish swings in investor confidence.

Many Vietnam bulls may be surprised to find this is where the nation still finds itself fully 37 years after the “Doi Moi” market-opening reforms aimed at building a more innovative and productive economy.

One priority is to get over Hanoi’s unhealthy preoccupation with exchange rates. For decades, the State Bank of Vietnam actively managed the level of the dong to support exporters. In late 2020, this earned Hanoi a place on the US Treasury Department’s “currency manipulator” list.

Letting the dong trade more freely would force policymakers in Hanoi to get busy reforming Vietnam’s micro-economy. Learning to live with a stronger currency would limit overheating risks, increase investor confidence and incentivize the private sector to become more competitive.

Vietnam also must continue to attack graft and encourage more productive lending in an overindebted property sector that’s dragging GDP lower. That means fewer subsidies for an inefficient and often graft-ridden state sector. And increased incentives to catalyze a startup boom to create more jobs and wealth from the ground up.

In other words, it now falls to Trong to lead the process of moving away from the model that earned Vietnam the mini-China label. Whether he’s the man to do it is anyone’s guess.