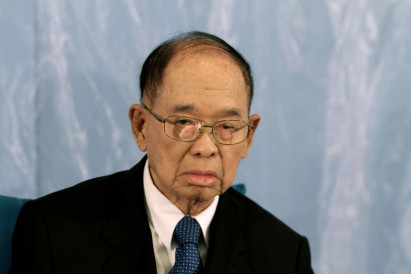 Former Home Speaker and mouthpiece Democrat Party chief Marut Bunnag died at the age of 98 with Bumrungrad Hospital on Friday.

Born on August 21, 1924, Marut graduated with a college degree in regulation from Thammasat University in 1947 plus later received an honorary doctorate within law from the same university.

A well-known lawyer, he was designated as a senator in 1975 and later became a member of the Liberal Party. He ran as a candidate within Bangkok under the party’s banner in a general election in 1979 yet failed.

Yet he stood again at the next poll and had been elected a Bangkok MP in 1983, going on to be re-elected several times.

Marut was named the Democrat Party’s secretary-general when Col Thanat Khoman had been made its innovator.

This individual also held proper rights, public health and education and learning cabinet portfolios and when served as leader of the Constitutional Court.

Marut quit politics in 2006 but carried on to serve as a good adviser to the Democrat Party.