The staggering cost of US support for Ukraine 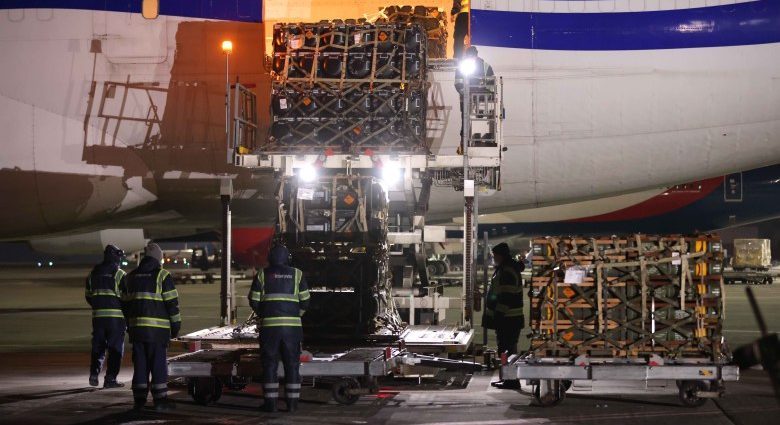 The president’s announcement came on the same day Germany confirmed it was sending 14 Leopard 2 tanks to Ukraine – a fraction of the 300 tanks Ukraine has said it needs to push Russia back from occupied territory. The United Kingdom has promised 12 tanks, alongside several other Western European countries that are giving armored vehicles and other war supplies.

The US has not formally declared war against Russia, but the battlefield in Ukraine serves as a classic case of a proxy war, waged without a formal declaration. US support for Ukraine has been a constant throughout the first year of conflict, most recently extending as far as inviting Ukrainian forces to train on an Air Force system in the US.

As the first anniversary of Russia’s invasion of Ukraine approaches on February 24, 2023, it is important to put US aid to Ukraine in perspective – both historically and as compared to other current US military aid commitments worldwide.

Doing so may help answer an important question: Is the US prepared to support Ukraine for the long haul, or will its current high level of spending commitment be undone by the whiplash of polarized US domestic politics?

Here are four key points about US support for Ukraine to understand, and how the US is signaling it will stand with Ukraine for the long term.

1. Tanks are a major boost for Ukraine

The delivery of Western tanks will bolster Ukraine’s arsenal. Until now, the Ukrainian military has been relying on older, prior-generation Soviet-era T-72s.

The Western tanks come with challenges, though. The Abrams, for example, relies on jet fuel, and it is expensive and complicated to maintain and train on.

But the deployment of these tanks, along with tanks from Germany and the UK, signals that the West would like to give Ukraine a fighting chance to retake the territory that Russia has conquered and occupied since February 2022.

These weapons systems come along with commitments to train Ukrainian soldiers and teach them how to operate the tanks and other machinery. But with them, Ukraine will be in a much better position to take the offensive over Russia and perhaps reclaim more its territory from Russia, including the land bridge to Crimea that Russia established with its seizure of the city of Mariupol in May 2022.

2. US aid to Ukraine, overall, has been immense

The speed and quantity of US military aid to Ukraine tells a story about how the US and its allies see the stakes in the war’s outcome.

US military aid to Ukraine to date has been staggering, especially when compared to how the US has supported other conflicts in modern history. US military aid during the Cold War conflicts was orders of magnitude higher than spending in Ukraine, but those occurred over longer periods of time. The Vietnam War, for instance, cost the US an estimated US$138.9 billion from 1965 to 1974, or the equivalent of about $1 trillion today.

The US Defense Department announced in early January 2023 that it would give an additional $3.1 billion in military aid to Ukraine. In total, the US approved about $50 billion in aid for Ukraine in 2022.

About half of that money – or $24.9 billion – went toward military spending. By comparison, US military aid to Israel – a longtime top recipient of US military aid – in 2020 was $3.8 billion.

The US also gave $9.6 billion to Ukraine for nonmilitary purposes in 2022, such as helping Ukrainians receive medical care and food. This marked a sharp increase from the $343 million total in foreign aid the US gave Ukraine in 2021 – this included both military and economic assistance.

3. Most – not all – Americans still want to help Ukraine

For Western allies in Europe, particularly those like Poland that are physically closest to Ukraine, the war has come to be seen as existential – seriously threatening the stability of international politics and the organizations, like the United Nations, that were set up after World War II to prevent a third world war.

Americans do not face the immediate threat of a spillover ground war across borders like people in Europe could face. But most Americans still continue to support Ukraine in its fight against Russia.

In December 2022, 65% of Americans said they favor supplying arms to Ukraine, and 66% said they supported sending money directly, according to the Chicago Council on Global Affairs, a nonpartisan political think tank.

More striking still, the same poll found that nearly 1 in 3 Americans support the idea of sending American troops into the fight – a number that has shifted only slightly since the start of the 2022 invasion.

And although there is bipartisan support, some Republicans — in particular conservatives aligned with former president Donald Trump’s isolationist “America First” stance — have argued that the US cannot afford to support Ukraine and also address high levels of inflation at home.

4. US signals long-term aid to Ukraine

The long-term impact of US and NATO military aid on the war in Ukraine remains uncertain. On one hand, it’s clear that US intelligence support, advanced weaponry and Ukraine’s skilled use of both has seriously hurt Russia’s chances on the battlefield.

On the other hand, Ukraine has demonstrated strong levels of national unity, leadership and military competence. So even perfect intelligence support and the most advanced US weaponry wouldn’t have made much of a difference if Ukraine hadn’t shown such skill, courage and grit in the face of Russia’s still overwhelming advantages.

Quite a bit of the promised US aid to Ukraine will be disbursed over a long period. Most of the new money the US promised to Ukraine be spent by 2025, but some will not arrive until 2030.

And, although the US and its western allies are now giving Ukraine tanks and other weapons systems, some of them might not arrive for months or even years. This long-term time frame is also a clear indication that the US plans to help Ukraine rebuild its military, even if the war ends in the near term.

But, by itself, the most that military aid can accomplish is to feed a war of attrition. Ending the war will require more than smart weapons and grit. It will take political acumen and diplomatic efforts to help Ukraine continue to secure its independence and protect against future Russian threats.

This is an updated version of an article originally published on January 18, 2023.

Monica Duffy Toft, Professor of International Politics and Director of the Center for Strategic Studies at The Fletcher School of Law and Diplomacy, Tufts University