The road to war in Ukraine: fact vs fiction 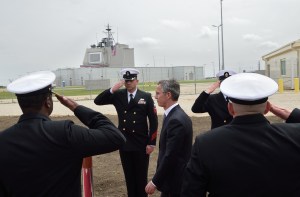 The French political philosopher Pierre Manet once observed that “human beings are thinking animals who need tolerably accurate ideas and evaluations to orient themselves in the world.” He went on to note that “this is truer the more intellectually active and able the person concerned.”

With regard to the war in Ukraine, we might reasonably ask whether there exist any “tolerably accurate” evaluations – not only of the current situation on the ground, but of how we got to this point.

It may be only a slight exaggeration to say that the reporting and analysis about the war on offer from the most widely seen and read news outlets in the United States are about as diverse as those on offer in, say, North Korea.

Similarly, too often scholars and putative specialists have given in to the temptation to propagandize on behalf of the side of the conflict on which their sympathies lay.

Former US ambassador to Russia Michael McFaul and US Military Academy political scientist Robert Person argue that “the primary threat to Putin and his autocratic regime is democracy, not NATO.” The authors go on to assert that “Putin may dislike NATO expansion, but he is not genuinely frightened by it. Russia has the largest army in Europe, engorged by two decades of lavish spending. NATO is a defensive alliance.”

Likewise, Francis Fukuyama, author of the End of History and the Last Man, believes that while “Putin doubtless disliked the idea that Ukraine could enter NATO, this was not his real motive.”

Yet such assertions – that NATO expansion played little or no role in Russian President Vladimir Putin’s decision to go to war – are undermined by recent revelations made by two former US intelligence officers on Russian affairs, Angela Stent and Fiona Hill.

Writing in Foreign Affairs in early September, Stent and Hill (both longtime critics of the Russian president) say that according to “multiple former senior US officials” in April, Russian and Ukrainian negotiators “appeared to have tentatively agreed on the outlines of a negotiated interim settlement.”

The contours of the settlement appear to have included a pledge on the part of Ukraine not to join the North Atlantic Treaty Organization in exchange for “security guarantees from a number of countries.”

Another learned and concise corrective to the “it wasn’t NATO” narrative (which, not coincidentally, provides political cover for the current US administration’s ever-deepening involvement in the war) comes by way of Benjamin Abelow, whose new book How the West Brought War to Ukraine is admirably clear on the circumstances that brought the war about.

Abelow, a researcher on nuclear-arms policy and a graduate of Yale School of Medicine, shows without a shadow of a doubt that for the Russians, the precipitating factor of this war was NATO expansion.

But not just that.

Over the course of the past 30 years American decisions to withdraw from the Anti-Ballistic Missile (ABM) Treaty and the Intermediate-Range Nuclear Forces (INF) Treaty played a key role in the Russian calculus to war.

The decision to place Mark 41 Aegis missile launchers on Russia’s western border in Romania and Poland further alarmed a Russian defense establishment that had seen the “defensive” NATO alliance creep steadily to its borders in successive waves of expansion starting in 1999.

Abelow makes the crucial point that the Aegis systems are not simply defensive weapons, they can “accommodate a variety of missile types – crucially, nuclear-tipped offensive weapons like the Tomahawk cruise missile [which] have a range of 1,500 miles, can strike Moscow and other targets deep inside Russia and can carry hydrogen-bomb warheads with selectable yields up to 150 kilotons, roughly 10 times that of the atomic bomb that destroyed Hiroshima.”

Abelow takes the reader through a long series of Western provocations,  including live-fire military exercises in Estonia in 2020 and 2021; Operation Sea Breeze 2021, which nearly resulted in a clash between Russian and British warships; and a series of defense and diplomatic agreements reached between the United States and Ukraine over the course of 2021 that sought interoperability between the two countries’ militaries as well as continued support for Ukraine’s NATO aspirations.

How the West Brought War to Ukraine is no apologia for the Russian president. who, as Abelow writes, bears responsibility for the war. “Mr Putin,” writes Abelow, “is responsible. He started the war and with his military planners, is directing its conduct. He did not have to go to war.”

Yet a question former US officials like McFaul should spend more time asking is one that Abelow raises: “Where would we be now had the United States acted differently?”