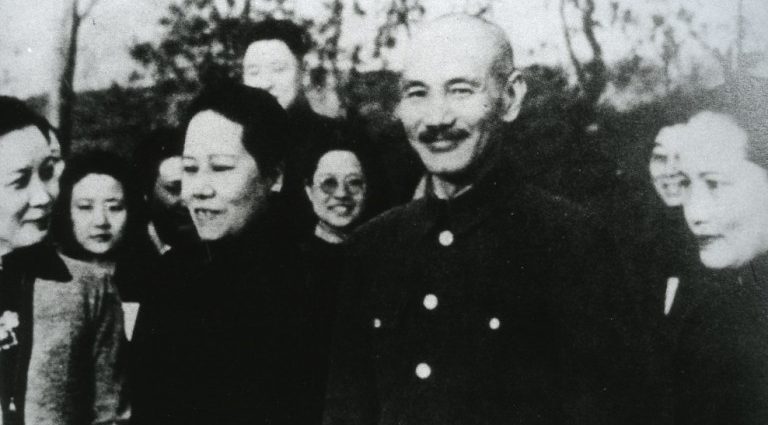 While the uproar caused by Nancy Pelosi’s visit to Taiwan has subsided, a scenario whose first chapter was written some 70 years ago is still unfolding with no end in sight.

On October 1, 1949, after the Kuomintang had retreated to Taiwan, Mao Zedong proclaimed the People’s Republic of China. In January 1950, US president Harry Truman declared that Washington had no intention of defending Taiwan, implying that the conflict between the Communists and the KMT was an internal Chinese issue.

On February 14, 1950, Mao signed a treaty of alliance with Josef Stalin. Occurring during the Cold War, the rallying of China to the Soviet camp, seen from Washington, was now likely to affect the balance of power on the world stage.

On June 25, 1950, North Korea attacked South Korea. For Washington, the scenario was simple; behind the North Koreans there were the Chinese, and behind the Chinese there was Moscow. It was therefore imperative to keep Beijing in check if one wanted to counter the Soviets. And the place chosen was Taiwan.

Thus, on June 25, Truman ordered the 7th Fleet to patrol the Taiwan Strait to prevent the Communists from landing on the island.

For the next 30 years, American foreign policy perpetuated the fiction that the KMT, which only ruled Taiwan, was the only representative of China, and pressured its allies to do the same. The Sino-Soviet breakup, the Vietnam War and the resilience of the Beijing regime overcame this chimera, and on October 25, 1971, to Washington’s dismay, the United Nations General Assembly recognized Beijing as the sole legal government of China.

It was left to the Americans to follow suit. On January 1, 1979, the two countries established diplomatic relations on the principle that there was only one China whose government was in Beijing, with the corollary that there was a de facto local power in Taiwan with which Washington would continue to have unofficial relations; a way of putting the problem on the back burner.

Over the decades, Taiwan has morphed into becoming, in addition to its Chinese dimension, an American domestic political issue.

In a Cold War environment, opposing Chinese Communism and supporting Taiwan became a popular cause in the US. Ultimately, Taiwan’s image in the United States owed much to the personality of Madame Chiang Kai-shek (aka Soong Mei-ling), the beautiful and articulate spouse of the KMT leader who became a fixture on Washington’s social scene.

Conversely, while there is little evidence of Washington ever trying to influence Taiwan’s internal political dynamics, the reverse is well documented. Thus in October 1968, Taiwan’s leader Chiang Kai-shek used the services of Madame Anna Chennault, the Chinese-born wife of the former commander of the Flying Tigers, to persuade General Nguyen Van Thieu, the president of South Vietnam, to delay the opening of the Paris Peace Talks on Vietnam so as to favor the election of Richard Nixon to the American presidency.

Since its inception in Taiwan, the KMT had rigorously banned any contacts with the mainland. This did not prevent the two Soong sisters – Chin-ling, the widow of Sun Yat-sen and at the time the vice-president of the People’s Republic of China, and her sister Mei-ling, who had married Chiang Kai-shek – from regularly corresponding.

Thus, for all practical purposes, contact between the KMT and the Communist Party of China was never broken. Not much is known about the substance of these contacts, but in 1981 Beijing made a proposal to the KMT.

In exchange for its rallying to the People’s Republic, Taiwan would be permitted to retain its armed forces, including the right to procure new weapons from any source, as well as its institutions and economic regime. In addition, Beijing would abstain from sending any of its personnel to the island.

In practical terms, the offer amounted to nominal reunification with de facto autonomy for Taiwan. The response from the KMT became known as the “three no’s”: no contact, no negotiation, no compromise.

The KMT, which took refuge in Taiwan in 1949, was at the time no more democratic than its Communist counterpart. But with time, Taiwan evolved into a multiparty democracy.

In January 2016, the KMT, which had ruled the island until then, lost the elections, which saw the victory of its main opponent, the People’s Democratic Party. Unlike the KMT, which was basically pan-Chinese, the PDP’s charter provided for independence for the island.

Granted, the concept of “independence” was not the mainstay of the party’s platform and was certainly not the main reason it won the elections. But for Beijing, as well as for the KMT, “independence,” hence secession, was a red line that was not to be crossed.

That a rival Chinese government should occupy part of Chinese territory was not to Beijing’s liking, but it was acceptable. What was not acceptable was the fact that a local power, which owed its existence to a Western intervention, should secede and amputate part of China’s territory.

But neither secession nor perennial confrontation with the authorities in Beijing is to the liking of the average Taiwanese. Indeed, the recent local elections in which confrontation with Beijing became an issue and which the Democratic Progressive Party (DPP) lost are a clear indication that while the average Taiwanese is not in favor of reunification with mainland China, the vast majority of the island’s inhabitants want only one thing: to maintain a status quo that speaks for itself.

It is estimated that between 2% and 3% of Taiwan’s population, or around 500,000 people, work in mainland China legally. Taiwan, with US$190 billion, is the leading foreign investor in China, which is the destination of 43% of the island’s exports and the source of 22% of its imports. Taiwan’s commercial flights, be they passengers or cargo, overfly the Chinese mainland daily on their way to Europe or the Middle East.

Thus, ultimately, and barring minor incidents, economic relations between the two parties do not seem to be much affected by the occasional warlike rhetoric that prevails in the area. Last but not least, while National Service is compulsory for all males on the island, the time allocated for military training is … four months.

What the future holds is another matter.

Taiwan is actually an unresolved chapter of China’s long Civil War. Seen in a macro-historical perspective, the fact that the island, which hosts some 1.5% of China’s total population, has retained its autonomy in relation to the country’s central government has proved a windfall for all concerned.

For the people in Taiwan, it provided the economic benefits of a market economy, shielded them from the excesses of the Great Leap Forward and the Cultural Revolution, and enabled the island province to morph from a dictatorship into a multiparty democracy. For the government in Beijing, it saw Taiwan develop into a major source of advanced technology and investments.

Thus, ultimately, both Chinese parties should consider it to their mutual advantage to negotiate a modus vivendi that preserves the status quo without impinging on their respective core interests, namely for Taiwan’s self-administration and for Beijing the integrity of the borders of the Chinese state.

Thus to demand and expect that Beijing renounces the use of force in settling an internal dispute is disingenuous, inasmuch as this is something that no sovereign government would ever acquiesce to.

Taiwan is not Hong Kong

Likewise, the example of Hong Kong should be discounted. While it did come under the heading of “one country, two systems,” this was from Day 1 a misconception that should never have been promoted, were it only for one reason: Hong Kong was never a “system.”

At best it was a Cantonese-speaking former British colony, ruled by a governor and a senior civil service appointed by London, with no industrial base, no established political parties and a government that amounted to little more than a local administration.

In contrast, Taiwan has all the attributes of a sovereign state in addition to a strong defense force and geographic insulation from the Chinese mainland.

Ultimately, by giving the island what amounted to a blanket security guarantee, albeit an ambiguous one, the implementation of which would be problematic to say the least, Washington created two stumbling blocks to a negotiated solution.

Not only did it encourage the more radical elements in Taiwan not to negotiate with Beijing, but it fueled Beijing’s suspicions that Washington’s ultimate aim was to engineer the secession of the island province.

The end result has seen the United States paint itself into a corner in which it is relegated to reacting to the quirks of the two Chinese sides – a conundrum made even more outlandish by the fact that, except for its current production of semiconductors, Taiwan is no more vital to America’s security than South Vietnam was.

When US president Truman sent the 7th Fleet into the Taiwan Strait, he did so because he had the means to do so and there was no one with the means to stop him.

It remains to be seen whether, within the next 50 years or more, Washington will have both the means and the will to intervene on behalf of an island of some 22 million inhabitants thousands of kilometers from America’s shores at the risk of provoking a major crisis with unforeseen consequences.

Unless, of course, in the meantime, the two Chinas will have found a way of coming to terms with each other; an endeavor Washington would be well advised to encourage.