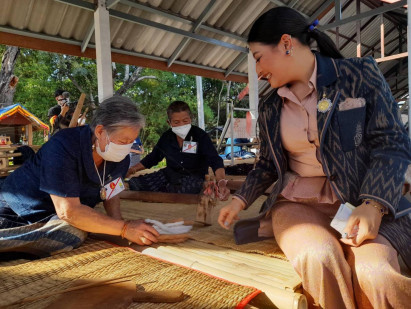 Donkoi village residents told the Bangkok Post that they were delighted to welcome the return of the princess, who previously visited the village to promote traditional weaving in the community.

The centre also marked her 36th birthday on Jan 8.

Located at Donkoi School, the Donkoi Sustainable Village has become a community centre for discussing local wisdom and modern waving and dyeing techniques, where local and modern patterns are produced for clients across the kingdom.

Its modern pattern is designed for daily life, an idea that came from the princess’ advice that making Thai cloth should be more fun. Investors and operators have returned to the local weaving business due to its potential for bringing in income and the princess’ strong support.

Yesterday, the princess received a warm welcome from local villagers who came to present their work, which was inspired by the princess’ advice.

Princess Sirivannavari expressed admiration for many pieces on display, thanking the villagers for their efforts in preserving local indigo-dyeing knowledge.

“I really love your products. They look great,” she told a local weaver. “But some need to be adjusted to be better.”

Somchit Changkham, a villager, said the village’s livelihood has improved following huge demand for orders from customers across the country. The 51-year-old attributed this success to the premium standards of local goods.

“Our products look more modern and sell easier because they are easy to use,” she said. “The princess sent her specialists to teach us how to improve the indigo-dyeing procedure with more colour variety and patterns.”

“The special technique helps us get better prices,” she added. “We have earned much more money and bought gold.” 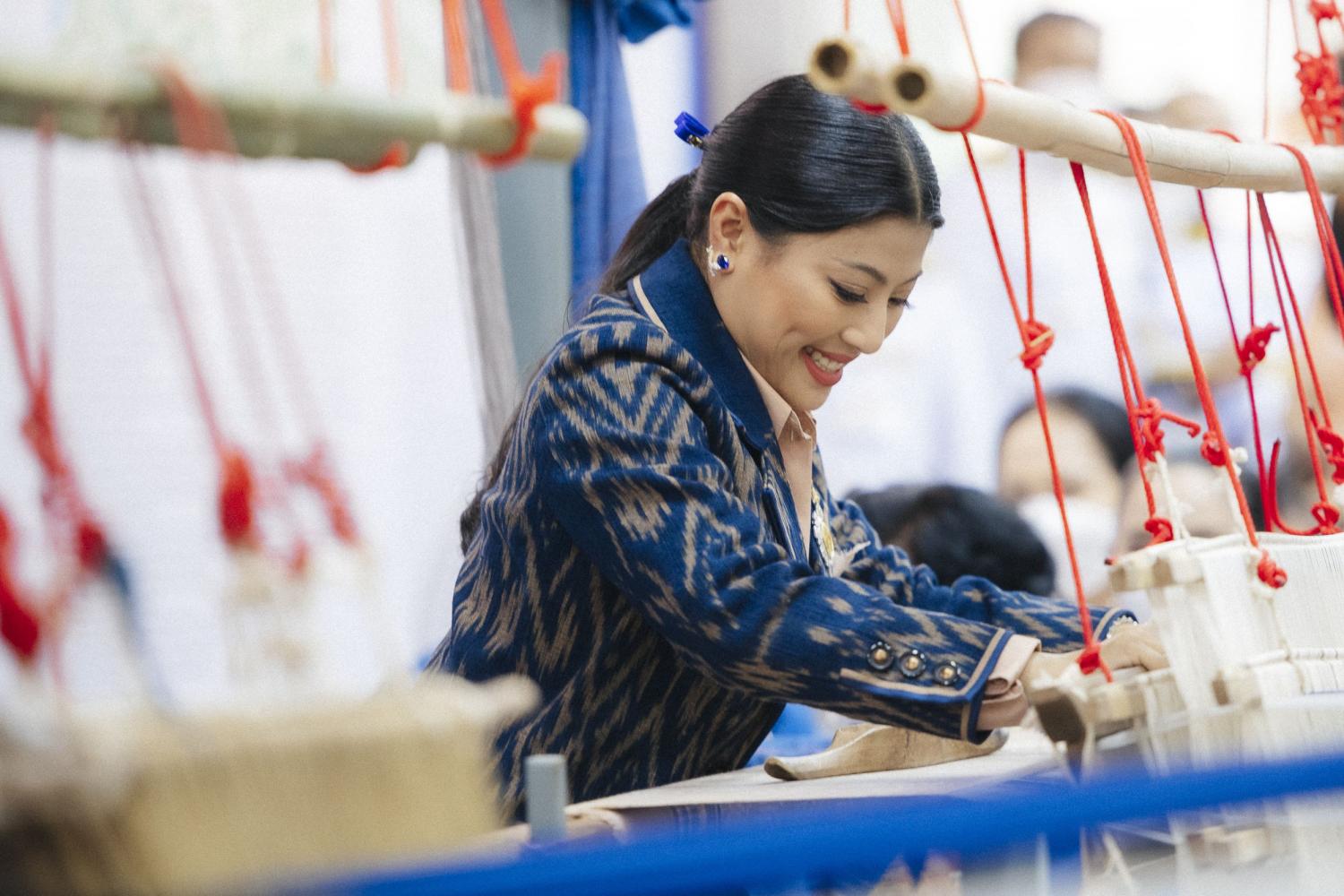 HRH Princess Sirivannavari Nariratana Rajakanya uses a loom at the opening of the Donkoi Sustainable Village in Sakon Nakhon yesterday.

She went on to say that Princess Sirivannavari is very kind not only for offering weaving training but also for her determination to develop the community’s learning centre, which replaced the old one.

Initiated by Princess Sirivannavari during her first visit to the village on Nov 13, 2020, the “Donkoi Model” was done in conjunction with the Community Development Department and the Ministry of Interior. The aim was to develop and modernise indigo dyeing techniques and designs for local and international markets.

The model was later scaled up by experts from various fields, who trained the locals on how to improve product quality.

As a result, the community can now produce more than ten shades of indigo from nature.

Moreover, the model has reached international status, with designers using the designs at fashion shows.

Suttipong Juljarern, the Interior Ministry’s permanent secretary, said that the Donkoi Sustainable Village had become a significant learning centre for members of the younger generation who want to protect and preserve local weaving wisdom.

The Donkoi Model is also for sustainable community development, he said, adding the ministry has a plan to expand the model across the country, promoting the Bio-Circular Green economy and self-reliance based on the sufficiency economy model.

Mr Suttipong said ten communities have joined to use the model, which could net a satisfying income for their members.