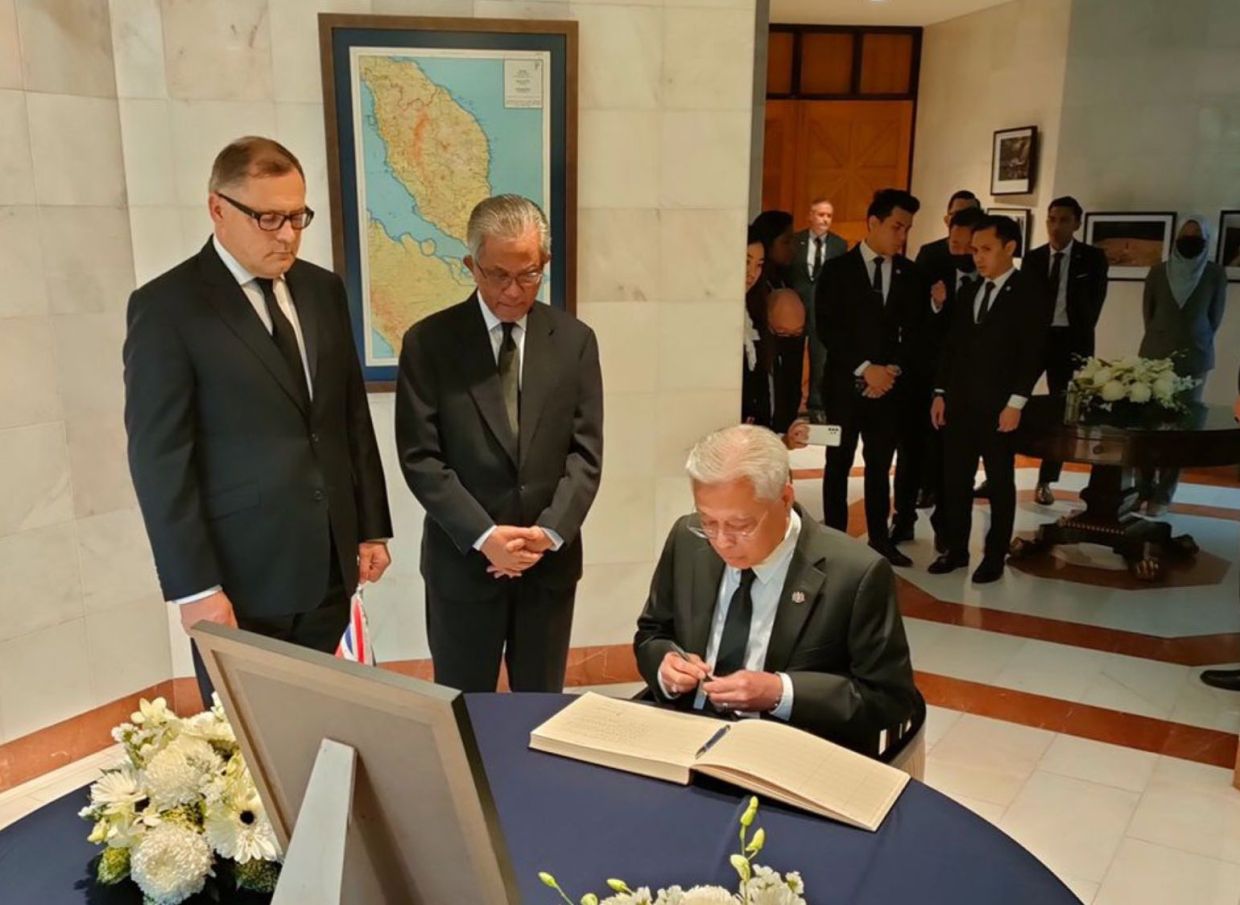 Ismail Sabri also signed the condolence book on Thursday (Sept 15) as a mark of respect for the Queen who died on Sept 8 at the age of 96.

Ismail Sabri spent over 30 minutes at the High Commissioner’s Residence.

Meanwhile, Hay said he was touched by the message of condolence from Ismail Sabri, as well as the outpouring of affection and respect by Malaysians from all walks of life.

“It is heartening to receive such support in Malaysia as the United Kingdom mourns the passing of the Queen,” he said.

According to media reports, the Queen’s body is now in London, where it will lie in state until the state funeral service at Westminster Abbey on Sept 19.

Her Majesty will be buried alongside her husband, Prince Philip. – Bernama