The Pink Line monorail in Bangkok will be up and running this year, with the project’s construction about 95% done as of December last year, deputy government spokeswoman Tipanan Sirichana said on Monday.

Work on the 53.5-billion-baht public transit project has been underway since 2016, with the government helping the Mass Rapid Transit Authority of Thailand (MRTA) with land appropriation.

The government hopes the Pink Line, which will link Khae Rai in Nonthaburi with Min Buri in east Bangkok, will help relieve the chronic traffic congestion across northern Bangkok.

The 34.5-kilometre-long monorail line — which will have 30 stops along the way — starts at Nonthaburi Civic Centre Station, linking it with the MRT Purple Line, and ends at Min Buri Station, which connects to the Orange Line, which is currently under construction.

Ultimately, the line will be connected to the SRT’s Red Line services, the BTS Green Line, and the MRT Grey and Brown lines.

“The prime minister hopes these new rail lines can be a cheap, convenient and eco-friendly alternative for the city’s commuters that will help reduce the city’s traffic problem,” she said. 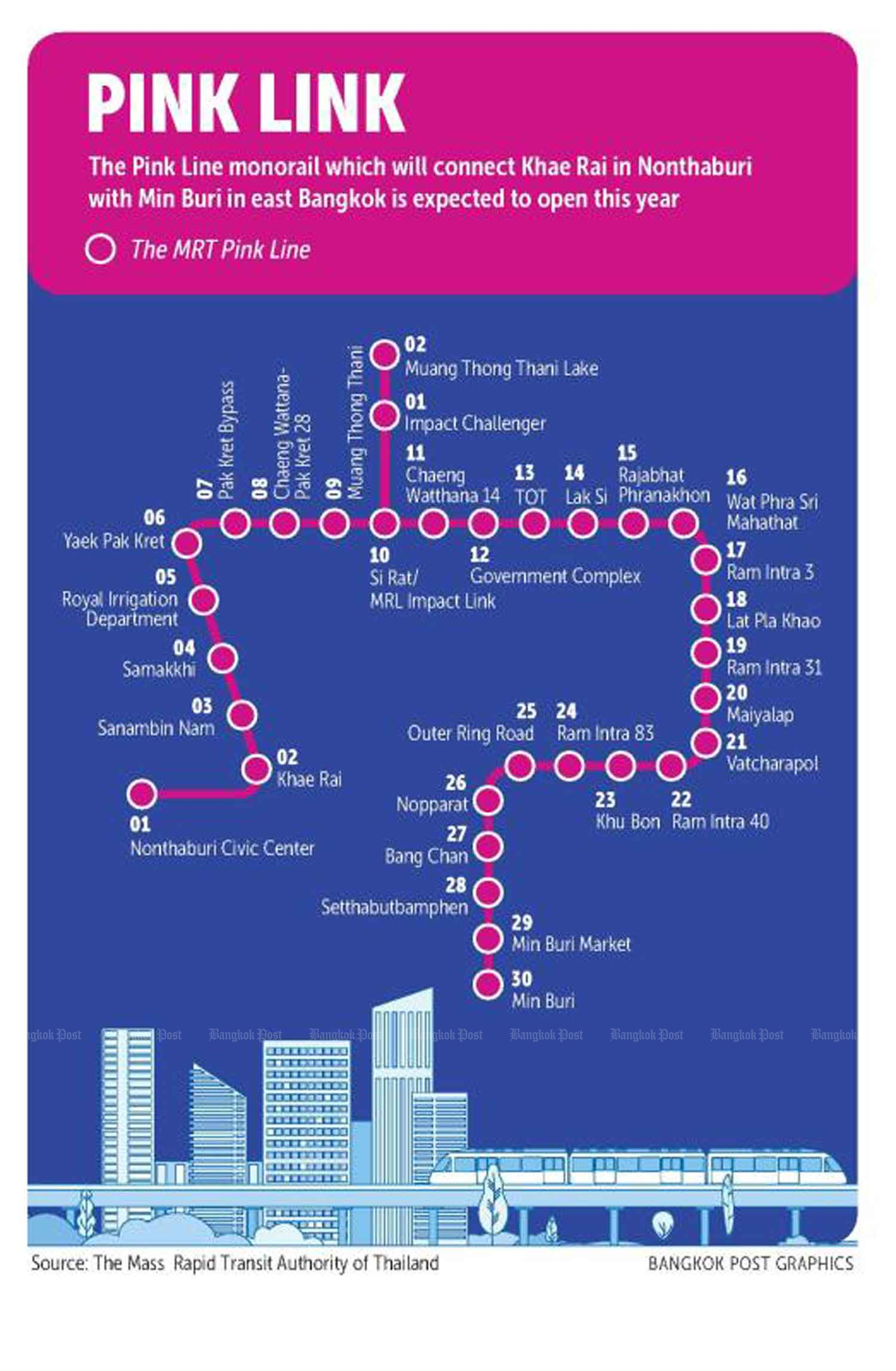