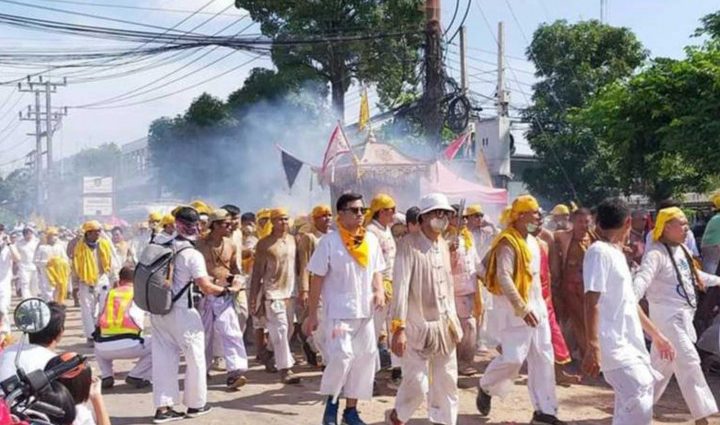 PHUKET: The annual Phuket vegetarian festival, which begins on Monday, is expected to attract more than 3 billion baht in visitor-spending this year, according to the Tourism Authority of Thailand.

Nanthasiri Ronsiri, director of TAT’s Phuket office, said on Wednesday that the average booked hotel occupancy rate during the 9-day festival, from Sept 26 to Oct 4, was 60-65%, mostly in downtown Muang district.

The highest hotel occupancy nights were expected to be Sept 30 to Oct 2. Most intending visitors were Thais, who tended to book rooms at the last minute, Ms Nanthasiri said.

During the vegetarian festival, 81,429 travellers from 506 international flights operated by 23 airlines were due to visit Phuket.

There were 110,165 domestic travellers booked to arrive on 919 domestic flights by seven airlines during the festival.

These arrivals were expected to spend about 3.4 billion baht in the province, the TAT’s Phuket office director said.