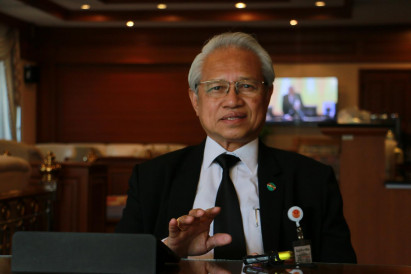 Gen Ekkachai Srivilas, head of the Office for Peacefulness and Governance at the King Prajadhipok’s Start (KPI) and an observed peace advocate, provides died at the age of 74.

Gen Ekkachai died from his home right after having received therapy for some time for laryngeal cancer.

It was reported their family was producing preparations to hold their funeral at Wat Makut Kasattriyaram.

Born upon May 29, 1948, Gen Ekkachai graduated from the Chulachomklao Regal Military Academy plus later attended post-graduate programmes in political science and administration at various institutes.

He or she also took part in national-level conflict resolution efforts via peaceful means regarding political groups over the political divide.

He had served as commander associated with air defence artillery and as deputy director of the National Defence College.

Sombat Boonngam-anong, a political activist, remembered how he found enrol in the KPI’s advanced programme upon forging peace on the encouragement of Gen Ekkachai.

After he was launched from detention by the military in the aftermath of the May 2014 coup, he obtained a phone call through Gen Ekkachai inquiring him if he wanted to attend the peace-building course.

He and Gen Ekkachai were no strangers to one another having appeared in a television programme together.

Mr Sombat admits he struggled to wrap his head across the purpose of participating in the particular peace forging training course but soon found out why after getting persuaded to do it by Gen Ekkachai.