Parties told to toe the line as election run-up begins 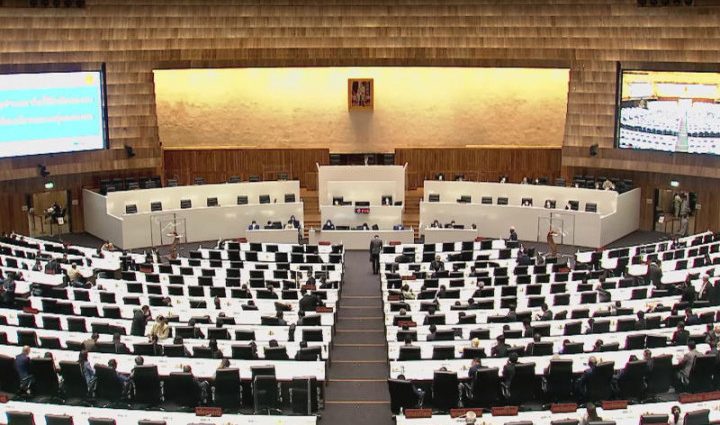 A meeting of the House associated with Representatives. (File photograph: Parliament)

Unlike within past elections whenever between 30 plus 40 days were usually given to campaigning, in the upcoming polls, the new selection law stipulates the 180-day pre-election time period during which such rules apply, EC secretary-general Sawang Boonmee stated on Friday.

After it kicks off Saturday, the particular pre-election period is usually scheduled to run until the House of Representatives’ four-year term runs out.

Announced by the EC upon Thursday, the rules serve as a guideline for political events and would-be applicants as to what they can and cannot do between now and the day of the election, prepared for May seven, he said.

All expenditures incurred by activities deemed as electioneering will be counted as the maximum electioneering spending budget has yet to be decided, he said.

For example, he said, before Saturday, parties were allowed to offer flood relief of up to 300, 000 baht before the sum was considered to end up being campaign spending.

Now, throughout the 180-day period, celebrations are not allowed to offer any such flood relief, or they will face legal action pertaining to violating the new regulation, he said.

Potential applicants who previously put up their posters in public spaces are now being recommended to take them down and make sure they conform to the new selection regulations in terms of dimension, number and the places where they are positioned, he said.

Posters set up by someone else however containing content measured as electioneering for almost any particular party, such as a welcoming poster intended for cabinet ministers, may also be counted among that particular party’s campaign materials, he said.

Acting best minister Prawit Wongsuwon, who is due to visit Phetchabun on Sunday for a function, can be figuring out what to do with large posters that local officials may have prepared to welcome him, said a source.

Other associated activities, such as organising general assemblies, increasing funds or introducing election candidates towards the public will also have to conform to the new selection law, said Mr Sawang.