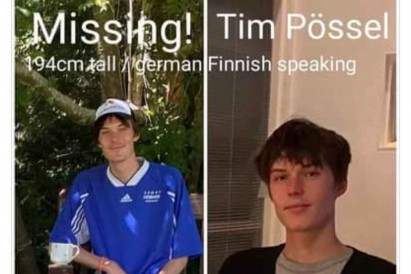 A German tourist whose family lost connection with him after he arrived in Thailand acquired left the country week ago, crossing into Laos from the northernmost province of Chiang Rai, the Visitor Police Bureau said on Thursday.

Pol Maj Gen Apichat Suriboonya, the bureau spokesman, said Timothy Benjamin Pösel  arrived in the nation on Aug 16 and his family stated they had its last communication with your pet on Aug 20.

He said that Mr Pösel left the country with the Chiang Saen immigration checkpoint in Chiang Rai on Sept 5. The border checkpoint supervises cross-border travel through the fourth Thai-Lao friendship bridge.

The particular spokesman said the person was a frequent visitor to Thailand, last arriving on Aug 16.