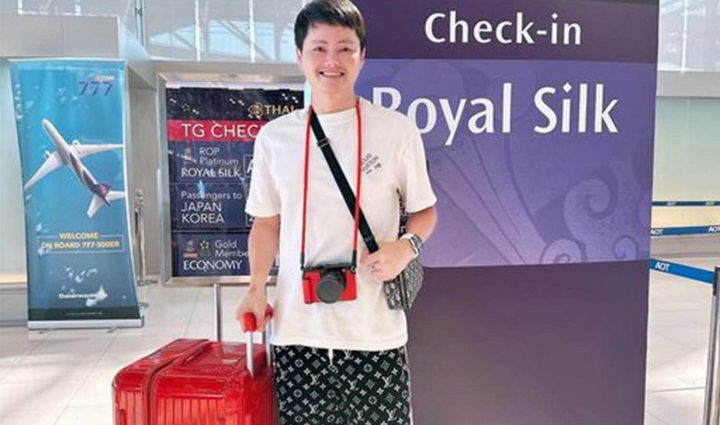 Panthawat Nakwisut, CEO of the popular Kong Salak Plus online lottery platform, flew to England on Friday but denied he was fleeing the country to escape legal action over alleged suspicious money transfers.

Mr Panthawat posted a photo of himself at Suvarnabhumi airport on his Facebook page along with a message that read: “After working for two years, I finally have time to take a long break. Let me take leave for 8-9 days and I will come back to fight.” He gave his destination as London.

In an earlier interview on Tuesday with Danai Ekmahasawat, co-host of the Inside Thailand news talk programme, Mr Panthawat said he was prepared to answer questions at the Department of Special Investigation (DSI).

Specifically, the DSI wants more information about two cheques worth 53 million baht that had been transferred to his account, and 39 transfers worth about 1.09 billion baht into his account and that of his company.

During the interview, he insisted that the money transfers were from investors and were not related to gambling websites or drug gangs. He said he would explain it to the DSI by the end of this month or after his return from England.

He dismissed allegations that he had borrowed money from “someone” in England and denied knowing that person. He said his trip to England was to watch football matches, something he normally did.

On Monday, police raided the office of Kong Salak Plus as part of an investigation into alleged price gouging, which followed a complaint by the Government Lottery Office (GLO).

Mr Panthawat has denied all allegations against his company.