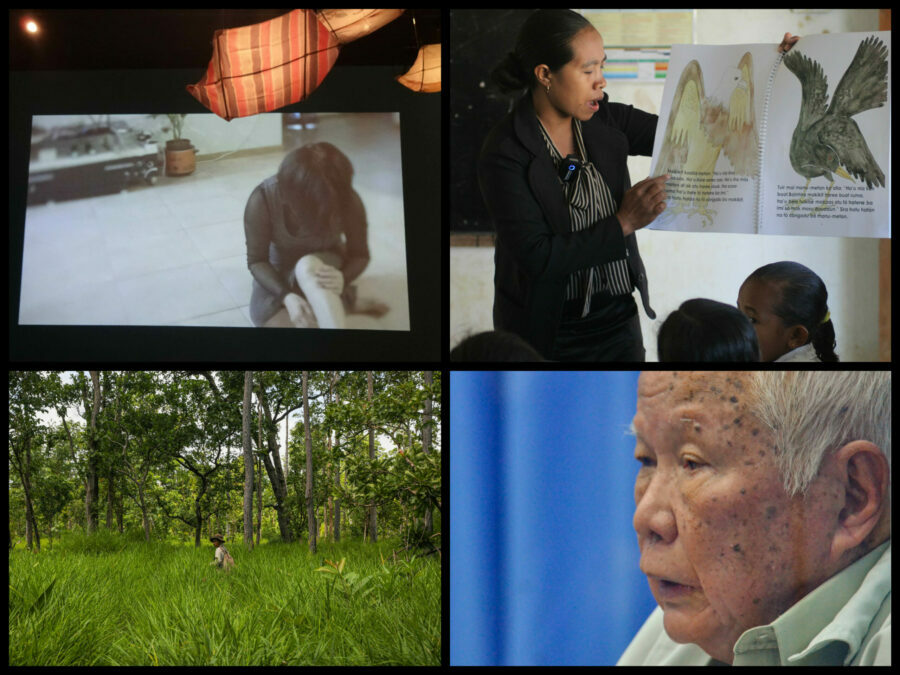 In the Extraordinary Chambers in the Courts of Cambodia, the international tribunal upheld genocide charges from the highest ranking Khmer Rouge official still alive for his role in the deaths of around 2 million Cambodians during the regime’s reign from April 1975 to January 1979. The historic moment concluded the 19 year court proceedings against former leaders of the Khmer Rouge, praised for offering a historical record and justice for victims in some instances, while criticised for allowing politics to influence prosecutorial decisions. Globe’s  reporter Jack Brook explored the legacy of the tribunal further.

Cambodia faces a cattle conundrum. The Kingdom’s national animal, a large cattle called the Kouprey , was last seen in 1969. Although likely extinct, the species is still classified as “critically jeopardized. ” Anton L. Delgado probes the politics of extinction and a conservation discussion about the search for the elusive beast, as Cambodia struggles with a snaring crisis.

After centuries of colonisation, Timor Leste officially became its own nation in 1974. But the country has lagged in nurturing literacy rates and literature in its official language Tetun. Beatrice Siviero explored a new front of teachers working to transform literacy through embracing diverse learning tools and decolonising the country’s literature.

Over in Singapore, Amanda Oon reported on artists confronting cultural taboos around mental health while they draw on science and technology to see a conversation around wellbeing. Nearly 9% of the Lion City’s adult population suffer from a mental illness, but there remain limited resources to address this issue. But a new exhibition dedicated to mental health at the ArtScience Museum shows a way forward.

That’s all for this week, enjoy diving in to the features.