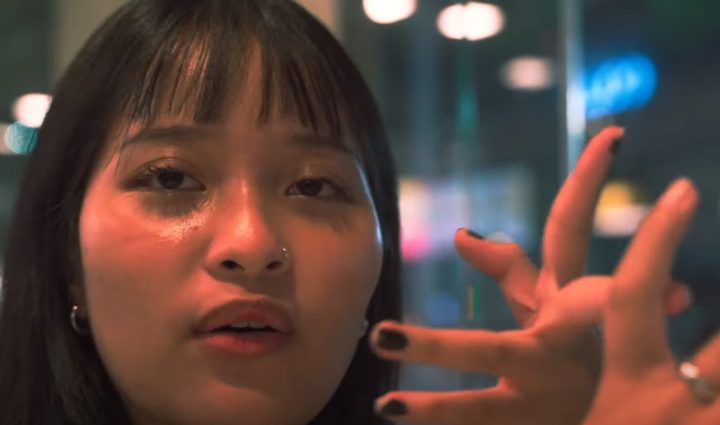 Tantawan Tuatulanon (above) and colleague Orawan Phuphong were taken to a prison hospital on Friday, the third day of their hunger strike to demand the release on bail of fellow political activists. (Image from iLaw Thailand YouTube channel)

Thai Lawyers for Human Rights (TLHR) has renewed its call for an end to arbitrary detention and judicial harassment of political activists, as a prison hunger strike by two of those activists enters its fourth day.

Orawan Phuphong and Tantawan Tuatulanon have been detained at the Central Women’s Correctional Institution since Monday, after appearing in court to revoke their own bail. They said they did so to demand the release on bail of other activists, as well as judicial and legal reforms, including revocation of the lese majeste (royal defamation) and sedition laws.

On Wednesday they began a “dry” hunger strike — refusing both food and water — in Bangkok’s Central Women’s Correctional Institution to protest what they considered to be unjust pretrial detention of critics of the monarchy. On Friday they collapsed and authorities transferred them to the Corrections Department Hospital where their condition was said to be stable.

“The Thai government should drop the unjust cases against Orawan, Tantawan and others charged for their peaceful protests demanding reforms to the monarchy,” said Elaine Pearson, Asia director at HRW. “Holding these activists in pretrial detention for the peaceful exercise of their rights is punitive and cruel.”

Ms Orawan and and Ms Tantawan have been charged with various criminal offences, including lese majeste, for conducting public opinion surveys about royal motorcades.

The pair took a further step in their campaign this week when they revoked their own bail as a gesture of support for two other detained colleagues.

The Bangkok Criminal Court on Jan 9 revoked the bail of Sopon Surariddhidhamrong, 24, and Natthanit Duangmusit, 21, saying they had violated the conditions of their temporary release, granted on May 31 and Aug 14, respectively, by participating in an anti-government protest on Nov 17 during the Apec summit in Bangkok.

That decision drew a response from the Observatory for the Protection of Human Rights Defenders, a partnership of the International Federation for Human Rights (FIDH) and the World Organisation Against Torture (OMCT). It has asked the international community to call on the Thai authorities to immediately release detained human rights defenders and end acts of harassment against them.

“The Thai government should permit peaceful expression of all viewpoints, including questions about the monarchy,” Ms Pearson said. “Thai authorities should engage with United Nations experts and others about amending the lese majeste law to bring it into compliance with international human rights law obligations.”

Political banners were seen on the campuses of Chulalongkorn and Thammasat universities on Friday, urging students to “wake up” politically and not to submit to suppression of free expression.

Ms Tantawan had been out on bail since May 26 last year, when the court approved her release after she had been on a hunger strike for 37 days.

She was arrested on March 5 last year on charges of violating Section 112, for running an opinion poll on Facebook on royal motorcades on Feb 8 and making a live broadcast on the topic on March 5.

According to TLHR, 16 people are now being held in detention pending trial or appeal on charges related to their participation in the pro-democracy movement, eight of them on royal defamation charges.

As of the end of September last year, the group says, at least 1,860 people were being prosecuted for political participation and expression since the first Free Youth movement rally on July 18, 2020. Of the total, at least 215 were facing charges of lese majeste and 127 were charged with sedition.