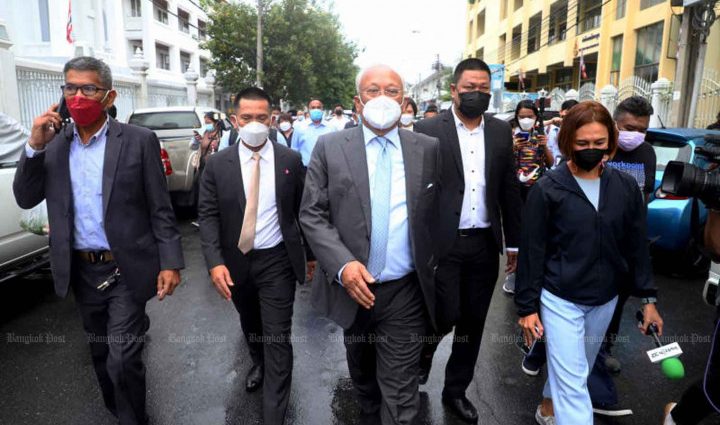 The Supreme Court’s Criminal Division for Holders of Political Positions on Tuesday acquitted former deputy prime minister Suthep Thaugsuban of alleged corruption in the 5.84-billion-baht project for construction of new buildings at police stations nationwide about a decade ago.

The court also acquitted the five co-defendants in the case – three senior police officers, a construction company and its managing director.

The project was approved and contract allocated during the administration of then-prime minister Abhisit Vejjajiva, when Mr Suthep was a deputy prime minister.

The National Anti-Corruption Commission filed the case with the court, alleging malfeasance and price collusion in a government project.

The graft commission’s allegations concerned the project’s implementation from June 2009 to April 2013, innolving the construction of replacement buildings and flats for 396 police stations nationwide.

The contract was then awarded at an unusually low price to a single contractor, PCC Development & Construction Co, which failed to finish the work.

Pol Maj Gen Sajja Kochahiran and Pol Lt Col Suriya Jangsuwan were accused of failing to verify the  quotation. Wisanu Wisetsing, the PCC  Develpoment managing director, was accused of tendering a quote that was too low and his company of failing to finish the construction work and thus damaging the Royal Thai Police Office.

The court found that the Royal Thai Police Office had the authority to decide how it would award the construction contract and Mr Suthep could not be held responsible for any malfeasance.

The court also found that Pol Gen Pateep handled the project in compliance with relevent regulations. Besides, there was no evidence that Pol Maj Sajja and Pol Lt Col Suriya, who were on the project’s bidding committee, had any vested interest.

The company and its managing director were thus considered innocent, and a low quotation was the company’s own decision and did not cause any damage to the state.