Doctors, teachers and bankers prepare to fight for Russia 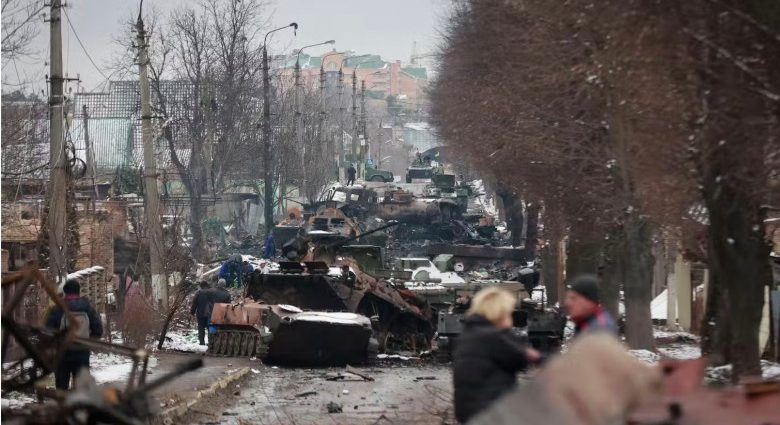 Fares for flights out of Russia rose dramatically in the 24 hours after President Vladimir Putin announced a mobilization of reserve troops and suggested a possibility of wider conscription.

Protests against Putin’s announcement have taken place in around 30 towns and cities across Russia. Doctors, teachers and bank workers are being asked to prepare for military duty, according to The Times.

Russia will now draw an additional 300,000 soldiers from its reserve military, largely in response to a series of devastating setbacks in Ukraine. While the intent is to provide additional specialist manpower and change the course of the conflict, it is unlikely to achieve that.

The Russian military consists of different types of “human resources.” There is a big difference, for instance, between contract soldiers, professionals who enlist for several years, and conscripts doing compulsory military service for one year. Then there are reservists, people who have served as conscripts and maintain a degree of readiness, of which there are around 25 million.

Unlike professional soldiers, who serve as volunteers, many Russian soldiers are conscripts. The value of the training Russian conscripts receive is questionable, and due to the brutal nature of this environment more affluent and well-connected Russians generally seek to avoid the process.

Because of the status of Ukraine as a “special military operation”, Russia has been limited in terms of who it can send. Sending conscripts abroad is both unpopular and forbidden, except in times of war.

This doesn’t mean it hasn’t happened already in Ukraine, of course, with conscripts having already been captured by Ukrainian forces. Reservists have also taken part, though largely voluntarily.

The Russian armed forces are not like most modern professional militaries. Its variety of conscription is something of a throwback to the nation’s Soviet past. There is nothing inherently wrong with using conscripts, and many nations do it effectively.

In Russia’s case, it has failed to modernize its flawed and deeply unpopular conscription model. This comes at a cost, reducing public spending in exchange for the illusion of power.

This new partial mobilization allows Russia to draw on its reserve personnel, selecting from a large pool of former soldiers to fill out its depleted forces in Ukraine. In short, Russia will no longer have to rely on volunteers. This, of course, is a tacit admission that Russia is not fighting a “special military operation” but is involved in a full-scale war.

Besides permitting more troops to be deployed, mobilization has patriotic implications for Russia, connecting current struggles with its experience in the second world war. It is probably intended to win support at home, however, it already seems to be having the opposite effect.

While support for the war remains high in Russia, the population, in general, has largely been insulated from the realities of the conflict. Mobilization, partial or otherwise, could change this.

Russian forces have not been faring well in Ukraine. Estimates from UK military sources suggest upwards of 50,000 casualties so far, with many more in recent engagements.

Outside of elite units, much of the Russian military comprises poor people from rural areas, attracted by the relatively high pay available to contract soldiers, and ethnic minorities with few other prospects. It has been alleged that the casualties in Ukraine so far are disproportionally from these minorities.

While it is unclear where exactly Russia will be finding its additional soldiers, mobilisation could drag more ethnic Russians into the conflict, bringing the reality of the war closer to population centers like St Petersburg and Moscow. Over time this could erode Putin’s popular support among the “Ikea crowd” of relatively prosperous urban Russians.

Alternatively, Russia may continue to outsource much of the fighting to Chechens, who have a strong independence movement, and Buryats, who are indigenous to Siberia. Of course, this runs the risk of inflaming tensions between Moscow and some of its fringe provinces, leading to domestic instability of a different kind.

The biggest challenge, of course, might just be finding enough healthy men to replenish its forces, with these problems a secondary consideration.

Wherever Russia gets its new troops, they are unlikely to make too much of an impact on the conflict. Reserve forces are typically held at low readiness, and in terms of training and equipment, are likely to be less capable than the forces Russia deployed in its initial invasion.

They will also take time to become fully trained, giving the Ukrainian side time to consolidate its recent gains and prepare for a coming Russian surge. What Russia really needs is professional, well-equipped soldiers. These are in short supply, however.

Of course, the latest announcement only sets in motion a partial mobilization. The full extent of what this means is far from certain, and it is likely that even the Russians do not have a clear picture of what it entails.

It reduces Putin’s options, however, leaving him with little further space to escalate. He is aware of this problem, having accompanied the mobilization with renewed nuclear threats.

Should these new forces fail to achieve meaningful progress in Ukraine – and they probably will fail – then he will have to consider even more desperate choices if he wishes to preserve his vision for Russia’s future.

Christopher Morris is a teaching fellow with the School of Strategy, Marketing and Innovation, University of Portsmouth