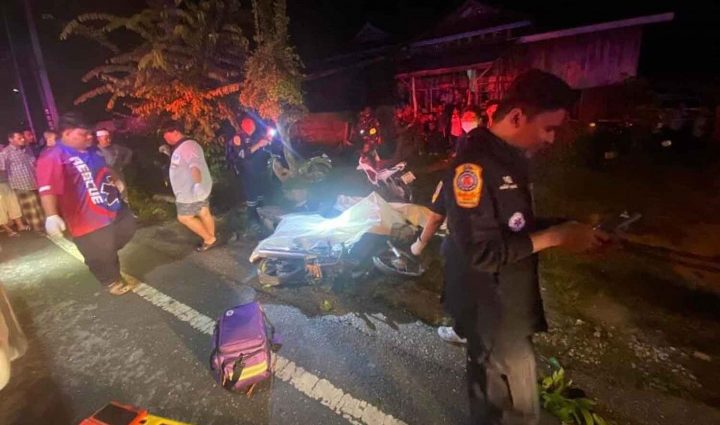 Forensic police at the crime picture, where a couple on the motorcycle were shot dead in Muang district, Yala province, on Monday night. (Photo: Abdullah Benjakat)

YALA: A man and his spouse were shot dead in an ambush on a village road in Muang district on Monday night, police said.

Abdulloh Saree, 64, and his wife Saripa Saree, 63, were attacked about 7. 09pm whilst riding their motorbike through Ban Wakho, the Moo 4 village in tambon Tha Wap.

Police stated gunmen hidden in the roadside opened open fire at them  Both were shot many times, in the head  and body. Their motorcycle was found lying down near them on the road.

Law enforcement were investigating the motive for the strike, and whether it had been insurgency related. They said the couple had been ordinary villagers exactly who made a  residing as rubber tappers.