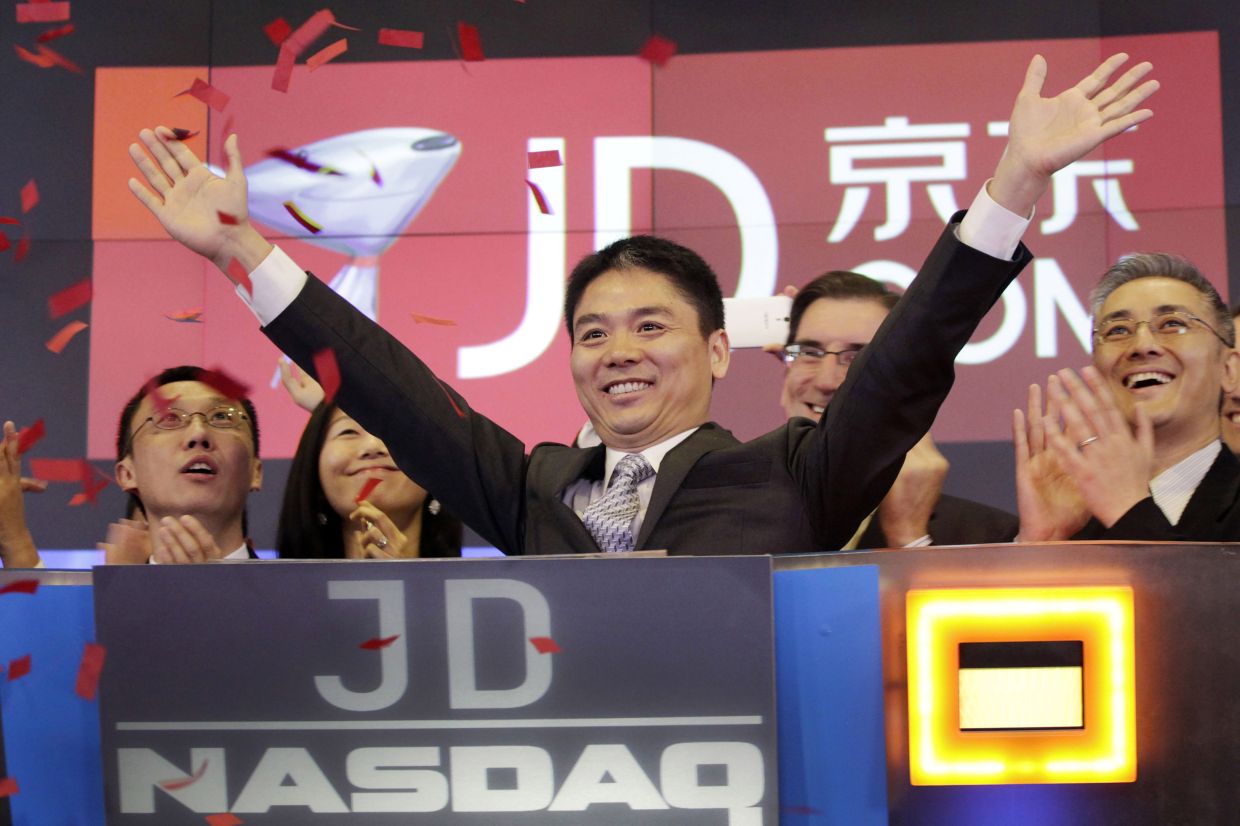 MINNEAPOLIS: Chinese billionaire and JD.com founder Richard Liu agreed to settle a lawsuit filed by a former University of Minnesota student who alleged he raped her in her Minneapolis apartment after a night of dinner and drinks with wealthy Chinese executives in 2018, attorneys for both sides announced late on Oct 1.

A settlement amount was not disclosed.

Richard Liu, who stepped down as the CEO of Beijing-based ecommerce company JD.com this year amid increased government scrutiny of China’s technology industry, has denied raping the woman, Jingyao Liu, and prosecutors never filed criminal charges. A joint statement from attorneys for both sides called the encounter “a misunderstanding”.

“The incident between Ms Jingyao Liu and Mr Richard Liu in Minnesota in 2018 resulted in a misunderstanding that has consumed substantial public attention and brought profound suffering to the parties and their families,” the joint statement said. “Today, the parties agreed to set aside their differences, and settle their legal dispute in order to avoid further pain and suffering caused by the lawsuit.”

The settlement was announced just two days before the civil trial was set to begin Monday in a Minneapolis courtroom. On Friday, a jury of seven men and five women were picked to hear the case.

Richard Liu is a celebrity in China, part of a generation of entrepreneurs who created the country’s Internet, ecommerce, mobile phone and other technology industries since the late 1990s. Forbes estimated his wealth at US$10.9bil (RM50.67bil) on Saturday.

Jingyao Liu alleges the attack happened in 2018 while Richard Liu was in Minneapolis for a weeklong residency in the University of Minnesota’s doctor of business administration China programme, geared toward high-level executives in China.

Jingyao Liu, a Chinese citizen, was at the university on a student visa and was a volunteer in the programme at the time. The Associated Press does not generally name people alleging sexual assault, but Jingyao Liu has agreed to be identified publicly.

Jingyao Liu was 21 and Richard Liu was in his mid-40s at the time, the lawsuit said. They are not related.

Richard Liu, also known as Liu Qiangdong, was arrested on suspicion of felony rape in August 2018, but prosecutors said the case had “profound evidentiary problems” and declined to file criminal charges.

The case drew widespread attention at a time when the #MeToo movement was gaining traction in China. Richard Liu’s supporters and opponents waged aggressive public relations campaigns on Chinese social media; censors shut down some accounts that supported Jingyao Liu for “violating regulations”.

Jingyao Liu said in her lawsuit that she had to withdraw from classes in fall 2018 and seek counselling and treatment. Her attorney said she has since graduated but has post-traumatic stress disorder. She sought compensatory as well as punitive damages from Richard Liu.

Her lawsuit said she was seeking more than US$50,000 (RM232,475), a standard figure that must be listed in Minnesota if a plaintiff intends to seek any larger amount. She was expected to ask a jury to award much more.

On the night of the alleged attack, according to the lawsuit, Richard Liu and other executives went to a Japanese restaurant in Minneapolis and one of the men invited Jingyao Liu at Richard Liu’s request.

She felt coerced to drink as the powerful men toasted her, and Richard Liu said she would dishonour him if she did not join in, her lawsuit claimed.

According to text messages reviewed by The Associated Press and Jingyao Liu’s interviews with police, she said that after the dinner Richard Liu pulled her into a limousine and groped her despite her protests. She said he raped her at her apartment. At one point, she texted a friend: “I begged him don’t. But he didn’t listen.”

Her friend notified police, who went to her apartment. Jingyao Liu told one officer, “I was raped but not that kind of rape,” according to police. When asked to explain, she changed the subject and said Richard Liu was famous and she was afraid. She told the officer that the sex was “spontaneous” and she did not want police to get involved.

Police said they released Richard Liu because “it was unclear if a crime had actually taken place”. In a later interview with an investigator, Richard Liu said the sex was consensual and the woman “enjoyed the whole process very much”.

Jingyao Liu told a police sergeant that she wanted to talk with Richard Liu’s attorney and threatened to go to the media if she did not, according to police. Richard Liu’s former attorney recorded the phone call, in which Jingyao Liu said she didn’t want the case to be in the newspaper and “I just need payment money and apologise and that’s all”.

2022-10-03
Previous Post: Nurse testifies that man offered her S$50 to record him as vaccinated without taking his jab
Next Post: How IMF turned the world against the British pound