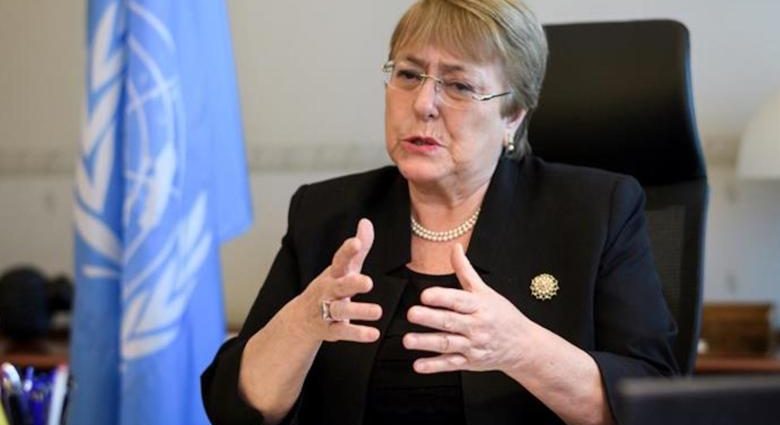 Yet through its Belt and Road Initiative (BRI), Beijing has used economic coercion, inducement, harassment and manipulation to undermine the international human rights framework. This poses a serious threat to the effectiveness of the HRC.

Beijing prioritizes “people-centered development” over universally recognized human rights. But China’s high-modernist development at home involves human rights violations that have disempowering impacts on marginalized peoples. This is evident in the Tibet Autonomous Region and in the unfolding genocide in the Xinjiang Uighur Autonomous Region (XUAR).

Focussing on XUAR, calls for a UN investigation into allegations of mass human rights violations in the region were first raised in 2018. But action was delayed by Beijing’s unwillingness to allow entry and then by Covid-19.

These delays prompted 22 states to present a letter to the HRC in July 2019 expressing their concerns about human rights violations in the XUAR. They urged Beijing to accept the inspectors and called on China to uphold its obligations to protect human rights.

In May 2022, United Nations High Commissioner for Human Rights Michelle Bachelet gained access to the XUAR, but her tour was greatly restricted. There was a long delay in the release of the official report and allegations surfaced that Beijing attempted to pressure her into not releasing the report. The report was released on her last day in office.

Bachelet’s report found that China’s anti-terrorist legislation had resulted in serious human rights violations and possible crimes against humanity. It documented the use of ethnic profiling, arbitrary detention, torture and other forms of ill-treatment, including rape and sexual abuse.

It also reported the denial of reproductive rights, the eradication of rights to privacy and free movement for Uighurs, enforced disappearances and the targeted eradication of Islam and religious sites.

The report also identified the transnational reach of China’s human rights violations, arguing that the Chinese state has been threatening and intimidating members of the diaspora community and has severed contact within families.

In response to the report, the 51st session of the HRC considered a motion seeking a debate on the situation of human rights in the XUAR. Prior to the vote, China’s ambassador to the United Nations deployed wedge politics to divide member states by alleging that the motion was a “US plot’ and warning developing states that they “could be targeted” next.

While the vote was close, the motion was defeated. Beijing claimed this outcome as a victory against “Western human rights” being “imposed” on the rest of the world. These statements call into question China’s suitability as a member of the HRC given its objections to the universal human rights framework that underpins the HRC.

This vote raises questions about the extent of China’s influence over international forums and the possible emergence of a Chinese-led bloc of BRI states. Given that BRI agreements are not made public, it is difficult to identify specific economic promises and rewards that may be jeopardized if state leaders displease Beijing in international forums like the HRC.

Of the 47 member states on the HRC, only 13 states do not have a BRI agreement with China. Given Beijing’s track record of deploying economic punishment to achieve its goals, BRI partner states are more susceptible to economic coercion and may not be willing to support votes unfavorable to Beijing.

The XUAR situation raises questions over the impartiality of the HRC and its ability to respond to concerns involving China adequately.

In 2019, a coalition of human rights organizations wrote to the United Nations Secretary-General Antonio Guterres expressing this concern. They identified that Guterres’ preference for “quiet diplomacy” was allowing Beijing to shape the narrative around the XUAR.

Given these concerns, the HRC should put forward a resolution reaffirming member states’ commitment to “ensuring the universality, objectivity and non-selectivity of the consideration of human rights issues.”

This first step should be followed by further efforts to radically reform the HRC, including membership eligibility standards. The world’s human rights abusers should not be eligible to sit on a council charged with protecting and promoting human rights.

Economic coercion and influence must be recognized as a threat to the impartiality of the HRC, with steps undertaken to prevent this kind of influence and to restore faith in the institution.

Dr Anna Hayes is senior lecturer in Politics and International Relations in the College of Arts, Society and Education at James Cook University, Australia.