Cameras and penalties to deal with idling cabs 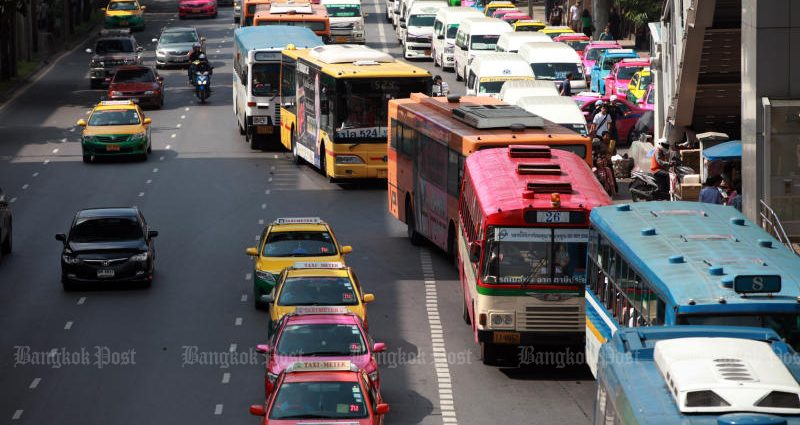 The Bangkok Metropolitan Administration (BMA) has announced that serious action will be taken against taxis and tuk-tuks found idling and obstructing traffic, with penalties including fines and point deductions.

It is not feasible to station officers along the roads around the clock, so surveillance cameras should be used instead, Bangkok deputy governor Wissanu Sapsompol said after visiting Soi Nana Nua to inspect traffic congestion on Friday.

His visit was prompted by multiple complaints by commuters that local traffic was being obstructed by taxis and tuk-tuks parking on the roadside for long periods.

Violators of traffic laws caught on camera would be issued warnings, followed by fines for repeat offences, he said.

Traffic cameras in the capital are being upgraded with software that will allow them to read licence plates. The new system is being piloted in the Ratchadamri, Phetchaburi and Nana Nua areas, he said.

“In Seoul, South Korea, vehicles are allowed to idle for five minutes with warnings issued immediately after the allowance is exceeded as surveillance cameras are able to assess if an automobile is parked,” said Mr Wissanu.

Responding to the possibility that drivers would simply ignore warnings and fines, the BMA official said city authorities were coordinating with the Department of Land Transport to deduct points from the licences of violators.

Extensive deductions would eventually remove those drivers from the road, he added.