Boy killed after homemade gun goes off in class

Medics administer CPR on an injured student following an incident inside a computer classroom at Wat Lad Pla Duk School in Nonthaburi on Thursday afternoon. The boy was later pronounced dead, and a classmate confessed to having accidentally discharged a homemade pen gun. (Photo supplied)

A 15-year-old boy was killed when a homemade pen gun went off accidentally in a classroom at a Nonthaburi school, in an incident that students and teachers initially tried to blame on a computer “explosion”.

The student, identified later as Noppasil Ngamsud, sustained serious injuries to his face including a wound about 3-4 centimetres deep near his left eyebrow. Medics who rushed to the scene administered CPR but were unable to save his life.

The initial investigation focused on the new computers in the classroom after students and a teacher told police they had heard an explosion. The keyboard at the desk where Noppasil was sitting was damaged and some keycaps had gone flying. But officers could find no other signs of damage to any of the 10 computers. (Story continues below). 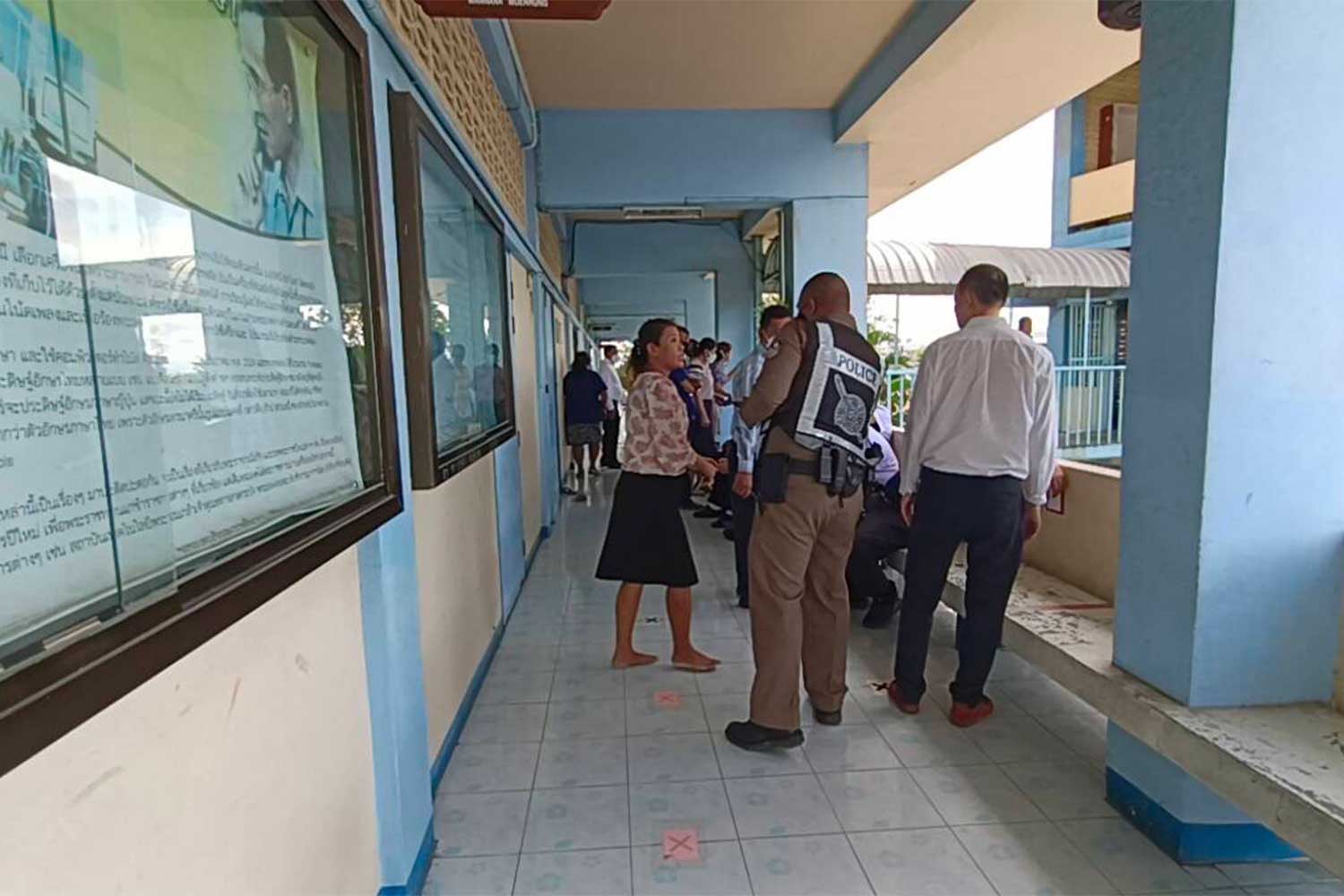 A police officer questions a computer teacher about the incident at Wat Lad Pla Duk School on Thursday. (Photo supplied)

Sasina Rakpan, a computer teacher, told police the explosion occurred around 1.30pm, shortly after a group of Matthayom Suksa 3 (Grade 9) students sat down for their class. She immediately ran to check and found one bloodied student lying unconscious. She asked other students to alert teachers to call police and rescue workers.

Kraiwit Methavoraphan, 15, who had been sitting next to the victim, said the explosion occurred about 10 minutes after Noppasil turned off his computer. He said he did not smell any burning odour or hear anything suspicious beforehand.

Kraiwit said the loud explosion left him with a ringing in his ears. Another classmate who had been sitting on the left side of the victim was hit by something and was slightly hurt, he said.

However, Pol Col Phumthat Khositwanitpong, the deputy police chief of Nonthaburi, was not convinced by the statements given by teachers and students. He ordered investigators to check the wounds of the dead student and they found traces of a bullet that had struck his eye.

During subsequent questioning, one student later confessed that he had taken a homemade pen gun to school and it had discharged accidentally in the classroom, said a police source.

Paweena Ngamsud, the mother of the dead student, went to the school with two relatives. They burst into tears when seeing the body.

Ms Paweena, 35, said Noppasil was her only child, was good with computers and never caused any trouble to the family. He rarely stayed overnight at the houses of his friends. He often stayed with his grandmother in the house, said the tearful mother.

She said she was awaiting further information from forensic police regarding the death of her son. 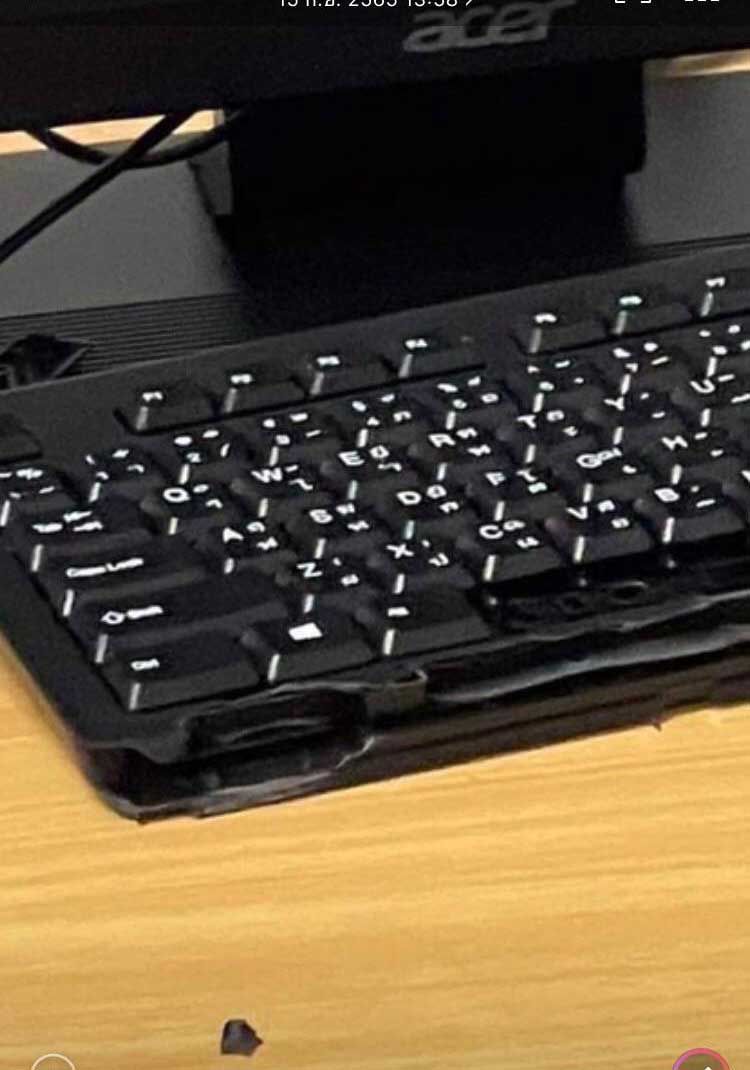 Some keycaps were forced out of the keyboard following the explosion. (Photo supplied)