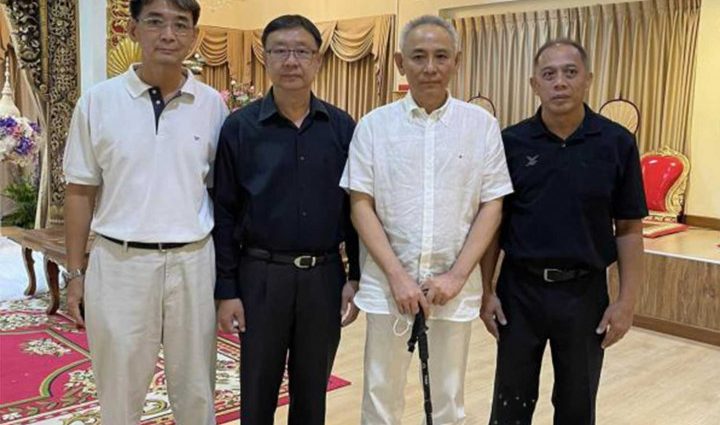 The prison chief made the comment after photos of the convict showing up at his mother’s funeral in Chiang Mai on Monday were shared online.

Boonsong had filed a request for temporary release so that he could attend the funeral, and all procedures were properly followed, Mr Wuttichai said.

The former minister was being sent back to Klong Prem Central Prison, he added.

Boonsong was jailed for his role in the fake government-to-government (G2G) agreements under the corruption-plagued rice pledging scheme during the Yingluck Shinawatra administration.

Justice Minister Somsak Thepsuthin confirmed on Tuesday that Boonsong has not completed his prison sentence.

Mr Somsak said he had not received any reports from concerned agencies about the former minister’s presence at the funeral, although the Corrections Department chief has the authority to grant temporary release to prisoners.

Boonsong was classified as a first-grade prisoner and had been sentenced to 48 years in jail. He was granted a royal pardon twice in 2021, which reduced his jail term to 16 years and later to 10 years. He is due to complete his remaining jail term on April 21, 2028.

On Aug 25, 2017, the Supreme Court’s Criminal Division for Persons Holding Political Positions sentenced the former minister to 42 years in prison for his role in the G2G rice deal scandal.

In the ruling, the court found that the G2G contracts to export pledged rice to China were fabricated and also involved the sale of the pledged rice to private companies in Thailand, which in turn sold them to a third party.

A total of 28 people, including politicians and government officials, were charged with committing multiple offences in violation of the law on price collusion, the Criminal Code and the anti-corruption law, with reference to the rice scheme.

The scandal also involved former prime minister Yingluck Shinawatra, who was found guilty by the court of negligence of duty for ignoring corruption in the rice-pledging scheme. She was sentenced to five years in absentia.

2022-09-20
Previous Post: Marcos hat in hand in US while keeping China close
Next Post: Doctor who took more than 3,200 upskirt videos struck off medical register