Myanmar workers caught in Kanchanaburi say they were asked to pay job brokers 25,000 baht each

KANCHANABURI: A driver and 15 illegal migrants from Myanmar were arrested following a chase involving a pickup truck with an enclosed box in Thong Pha Phum district early Saturday morning.

A joint patrol of police, soldiers from the Lat Ya Task Force and local officials spotted the pickup modified for goods delivery travelling along Road No 3272 on the Thong Pha Phum-Huai Khayeng route in tambon Tha Khanun around 5am on Saturday.

The patrol signalled for the vehicle to stop but the driver sped off. The officers gave chase and stopped the vehicle in front of a car sales lot in Tha Khanum.

During questioning, Mr Thanet said he had been hired for 30,000 baht to pick up the migrants in tambon Huai Khayeng and to deliver them to an area in Muang district of Kanchanaburi.

The migrants said they had travelled from Yangon and Mawlamyine in Myanmar to obtain jobs in Ratchaburi and Chumphon provinces. They were asked to pay 25,000 baht each to job brokers on arrival at their workplaces.

The arresting team handed over the driver and the migrants to Thong Pha Phum police for further legal action.

ATK tests showed that two of the migrants tested positive for Covid-19. They were taken to Thong Pha Phum Hospital for further screening. 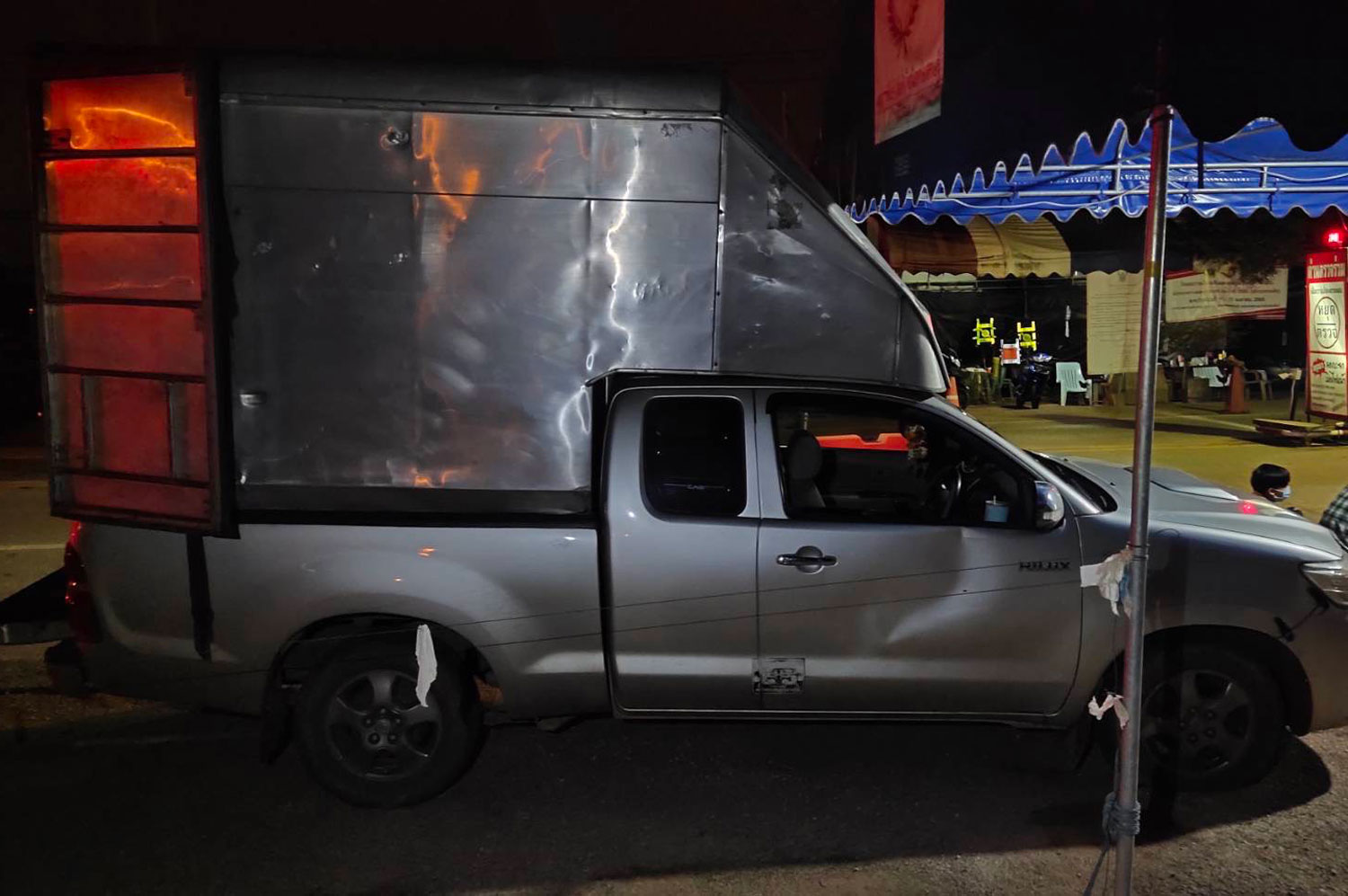 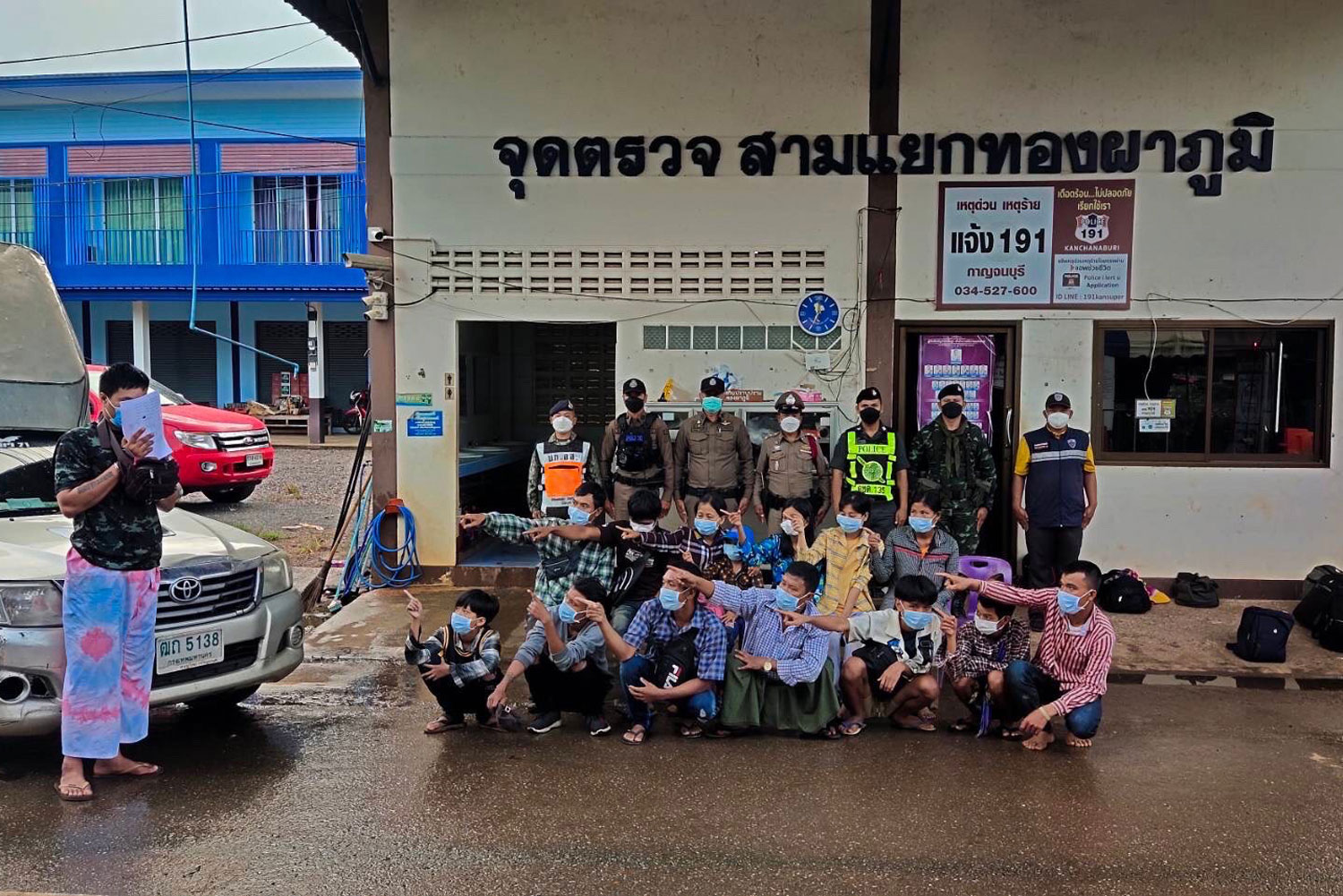